Most people think of wolf spiders as big, hairy monsters just this side of a tarantula in size. A few species are, but the overwhelming majority are mid-size or even downright "compact." Case in point, the most overwhelmingly abundant wolf spiders you are likely to encounter are in the genus Pardosa, the "thin-legged wolf spiders." They are mostly small and medium-sized. 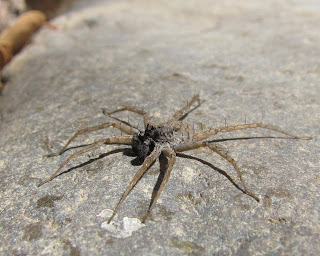 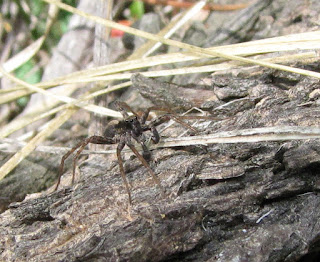 An example of a woodland Pardosa species, male, Colorado

How does one identify Pardosa in particular? Look at the legs. Pardosa has long spines that are almost perpendicular to the axis of the leg itself. Most all other wolf spiders have shorter spines that are more nearly parallel to the surface of the leg. The hind pair of legs is long, and it is often easier to see the spines on that rear pair. 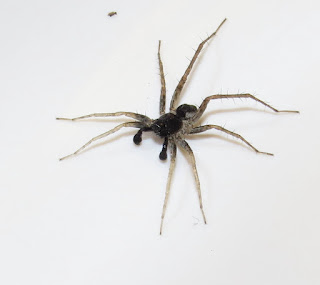 Thin-legged wolf spiders often exhibit some degree of sexual dimorphism, too. Mature males may have a completely different color pattern from females. Identification of species hinges on microscopic examination of the genitalia. Females have a paired genital opening called an epigynum. Males have highly modified pedipalps they use to deposit sperm into the epigynum, like a key fitting in a lock. The pedipalps of a mature male spider resemble little boxing gloves near his face. 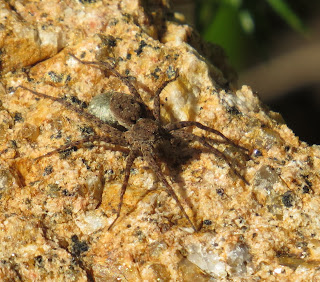 Female Pardosa with egg sac attached to her spinnerets

There are sixty-five (65) species of Pardosa currently recognized in the U.S., and 75 species north of Mexico if you include Canada. They collectively measure 3 to 12 mm or so in body length as adults. The cephalothorax is higher than in most other wolf spiders, and the sides of the face are nearly vertical. 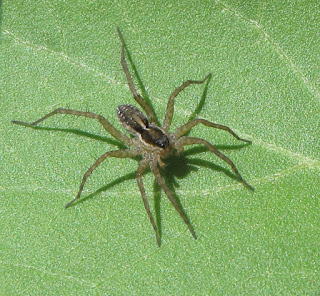 Many wetland Pardosa species resemble this one in Colorado

Thin-legged wolf spiders are perhaps most abundant around water, be it a rocky streambed, or marshy wetland, or beach around a lake. They can also be found in wooded areas, prowling the forest floor, scrambling over logs, or darting among leaf litter. Fields are full of them, too, even the edges of agricultural plots. They also occupy some of the highest elevations of any North American spiders, so look for them in the mountains, too. It is interesting that some species can be found in several different habitats, whereas most spiders are confined to one or two (as are several Pardosa species). In short, it is difficult to not find these spiders. 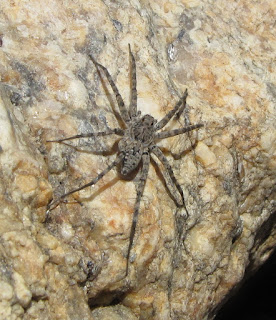 Another Pardosa on a rock in Arizona