My recent trip out to Oregon to look in on my mother, Violet Eaton, turned out to be my last time with her. She passed away on December 9, 2014. Going through her belongings in the aftermath reminded me that I owe her a great deal for her support of my interests in entomology, and nature in general, during my childhood. 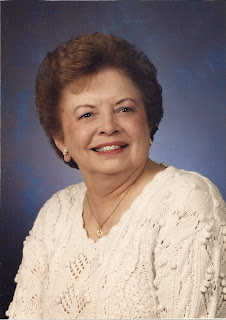 Mom did not have a very good childhood herself, having gone through the foster care system, eventually coming to live with the woman I knew as "grandma" growing up. My mother also survived tuberculosis (twice, in 1949 and 1962), divorces from my father and stepfather, and raising me pretty much single-handedly. Back then there were few, if any, resources for single mothers, and returning to the workforce relatively late in life was a real challenge. She even kicked her smoking habit in the 1990s.

Mom was extraordinarily resourceful, and how she found professional mentors for me in an age without electronic resources is beyond me. I remember that a doctor friend of hers knew an allergist who specialized in allergies to insects and was a member of the Oregon Entomological Society. We eventually got introduced and Dr. Perlman took me to a number of meetings of the OES starting when I was about twelve years of age. The OES members quickly took me under their wings, even making sure to clarify various concepts and insect body parts during lectures at the meetings; and they helped me identify specimens in my collection when there were few reference books for Pacific Northwest fauna. 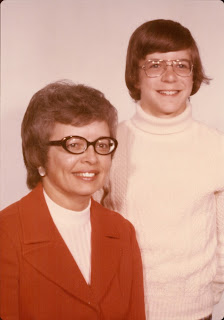 Meanwhile, back home, mom was helping me capture specimens. She was fond of telling people "If anyone would have told me I'd be standing on a stepstool looking like the Statue of Liberty while catching a spider on the ceiling, I would have told them they were crazy." Mom, I think it was a Scotophaeus blackwalli "mouse spider." She fetched silverfish off the ceiling, too.

By the time I got to high school I was being encouraged by my biology teacher, Karen Wallace, to continue pursuing my entomology hobby. I was also in the Boy Scouts, but found the troop organization reminded me too much of the military, so I quit. My sophomore year, we heard that there was an environmental science Explorer Post (ironically, still party of the Boy Scouts) forming at a nearby state park. I had finally found my people. The post was coed, too, which didn't hurt any, and included students from several Portland high schools. Our advisor, Dave Simpson, was the park naturalist, and he did a wonderful job of balancing projects like trail maintenance with field trips, invited speakers at our meetings, and other fun activities.

Dave is now retired and living in Salem, Oregon, but he made a point of driving up to visit me while I was in Portland, on New Year's Eve day, no less. We had lunch together and he related that my mom was the only parent who reached out to him to learn more about both the Explorer Post and Dave himself. I guess he passed muster because I was in the post for three years. 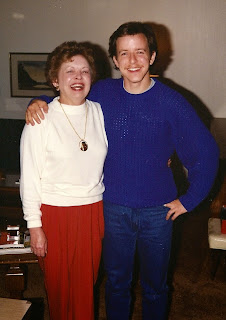 Mom made sure I got into college, too, helping me apply for scholarships. I even received one through Gaylord Broadcasting Company, her employer at the time (KYTE radio in Portland). Once I got into Oregon State University, I continued my involvement with the Oregon Entomological Society and was elected president my sophomore year. Considering most of the members were grad students or older, I was quite flattered.

I never finished my degree, which I think was something of a disappointment to my mom. I know that she was proud of me for what I did achieve, despite my lack of academic credentials, and I hope to do her proud the remainder of my life. 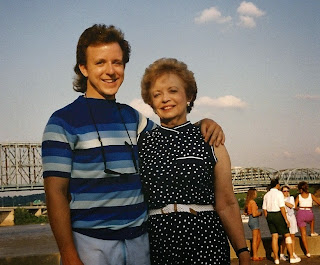 Mom is a real inspiration for her dedication to helping other people through personal relationships and events, organizations, and programs she created. She co-founded the Conchords Chorale in 1982, and they are still singing today, performing at various venues, especially around the holidays. Mom also created "Rebound," a series of free monthly classes for those age 50 or over who were unemployed or underemployed. That program ran from 1979-1982 at the Hillsdale library branch in southwest Portland. She even produced a music appreciation class for Portland Community College in 2000.

My mother was probably best known for organizing reunions and "hen parties" for her Grant High School class of 1946. Many of those who attended her celebration of life gathering on January 8 were indeed high school classmates. 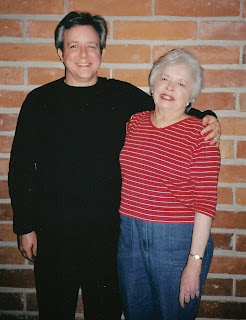 Although she never really took to the digital age, mom always sent greeting cards for birthdays, anniversaries, and other special occasions. She clipped articles, inspirational quotes, and poems out of newspapers and magazines and sent them to friends and family all over the world. She also enjoyed long telephone conversations, and especially in-person meetings over lunch or dinner.

I imagine that Facebook and Twitter would have been very poor substitutes for her when it came to interacting with people, though she did express disappointment that she couldn't read my blog or see the images I was taking and posting to Flickr. It might pay to remember that there really is no substitute for a warm handshake and face-to-face conversation. I hope that I can carry on that tradition and balance my digital life with immersion in real life. Thanks for all the lessons and inspiration, mom. Love, Eric 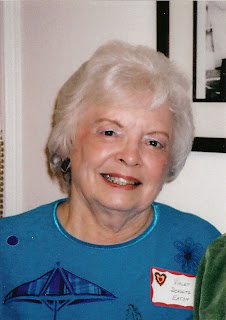