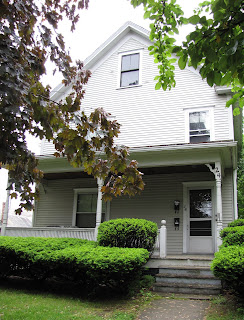 I arrived in Massachusetts Tuesday night, May 26, via the Hartford, Connecticut airport. My friend Cynthia Boettner was kind enough to pick me up there and take me back to their place in Shelburne Falls. Her husband Jeff had to make an unexpected trip to British Columbia to collect some parasitic flies that are potential biocontrols for the winter moth, an invasive species here in Massachusetts.

Wednesday morning I met my new housemate, Crystalyn, and her companion Ruby (a delightful dog), as she was headed off to work training horses. Crystalyn went out of her way to accommodate me and my stuff, which considering the relatively small house, took some doing. The owner of this 1910 “railroad house” lives in New York, but she has been most gracious as well.

Cynthia was kind enough to take me shopping for groceries and other essentials Wednesday evening, but doing the shopping on my own is going to be problematic. South Deerfield is not exactly a bustling metropolis, and major grocery stores are few and far between anyway. I do not drive, either, and making bus connections looks like it is going to be a struggle on a “good” day. Schools are out for the summer, so buses come and go with even less frequency in many cases. The good news: several routes servicing the “Five Colleges” area are free!

The weather has thus far been cool (upper 50s, low 60s) and damp, but there is still no shortage of fauna out and about. I’ve seen many birds, lots of insects, spiders, and harvestmen just on the property of my residence alone. There is a state preserve (Sugarloaf Mountain) just a stone’s throw from my immediate neighborhood, and I look forward to exploring that park soon. The view of the Connecticut River Valley from that bluff is worth the hike all by itself.

Tomorrow (Saturday) I meet my immediate supervisor at the lab on the campus of the University of Massachusetts (Amherst), and will relate what I am in for as far as the job goes. Thank you for your patience while I get settled in here. Posts should become more regular as I establish a routine. 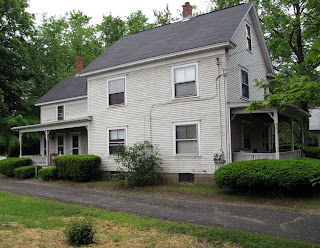 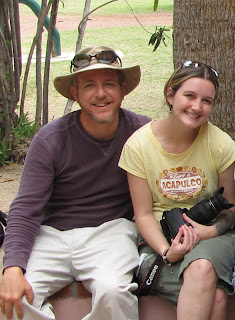 I recently met a person so exceptional that she deserves to be featured in both of my blogs, just to make sure you can’t avoid getting to know her. We met via (what else) the Bugguide.net website where she has started submitting images. While she is a certified animal enthusiast, from the feathered and two-legged to the hairy and eight-legged, her passion for life and art is contagious.

Leigh Anne has endured serious tragedy and drama in her life, but you wouldn’t know it from her affectionate, sunny disposition and creative and intuitive personality. She has a way of turning her experiences into a shared tapestry through her evocative photography skills and choice of subjects. Many of her images literally bring me to tears, but Leigh Anne recognizes the power of imagery and uses it to remind us that places, people, and stories are worth knowing, if only briefly.

One of Leigh Anne’s favorite pursuits is hunting meteorites. It has been a real education for me to learn just how popular a “hobby” this is, and the great value, both scientific and monetary, that is attached to “space rocks.” She recently invited me to a party at her employer’s house to watch the television debut of Meteorite Men, featuring her boss, Geoff Notkin, and his teammate Steve Arnold. Who knew Kansas was such a mecca for meteorites? About 30-40 friends of Geoff’s were packed into his living room, riveted to the TV screen, tuned to the Discovery Science Channel. A fun time was had by all, and I thank Leigh Anne for continuing to introduce me to more fascinating people. I’m not the most sociable sort, but she may change that.

Leigh Anne is well-traveled, too, and embraces all that a given location has to offer. While she was in Los Angeles she successfully auditioned as an extra in several films and popular television shows. For example, she was a patient with a broken leg on an episode of ER, and stood in line behind leading man Kevin Costner in the airport scene in the movie Dragonfly (alas she was left on the cutting room floor in that one). That kind of spontaneity speaks to her adventurous nature.

I should really let Leigh Anne’s work speak for itself, so I encourage you to visit her website, Callisto Images, and see if you, too, are not moved by her profound vision, the intimacy of her subjects, and the playfulness that she expresses. Thank you, Leigh Anne, for helping me re-awaken to the depth of life around us, and reminding me to “live in the moment.” Oh, and lest one get the wrong impression, Leigh Anne is with another wonderful gentleman who is a gifted woodworker and a caring, upstanding individual in his own right.

When it rains, it pours. Here I am trying to get ready for my move to Massachusetts for a 28-week stint in the Department of Natural Resources Conservation at University of Massachusetts (Amherst), and another opportunity drops in my lap. I was flattered to be asked to review a manuscript and images for a regional field guide to insects that will cover the northern portions of Minnesota, Wisconsin, Michigan, and adjacent southern Canada.

I literally can't afford to turn down anything right now, so I am reading the text almost as I am writing this blog entry. I can guarantee that the finished work is going to be a quality product, not because I have some input, but because I am already a big fan of the other titles in the series.

Rest assured, when the book comes out, I will let you know about it. Meanwhile, I politely request patience with the decreased frequency of blog entries as I finish preparing for my move, and get acclimated to my new (if temporary) workplace and residence in Massachusetts. Thank you.
Posted by Bug Eric at 5:15 PM No comments: 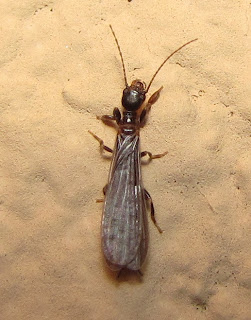 I am often asked the seemingly simple question of “What bit me?” by folks who assume that the mere description of a skin lesion will be more than enough to determine the culprit. Aside from the fact that I face liability issues in addressing such inquiries, and can’t afford to keep an attorney on retainer, the truth is that a wide variety of agents other than insects and spiders can cause injuries that resemble “bites.”

The victim is by no means the only person who can misdiagnose the cause of a wound. Medical professionals are often guilty of doing so themselves. Beyond the obvious possibility of other causes is the victim’s own unique immune response to environmental and chemical stimuli. The virulence of insect or spider venom is, in fact, often less important than how our personal body chemistry reacts to it.

Minor itches, rashes, and swelling can be caused by something as relatively innocuous as an ingrown hair. Seriously, ingrown hairs are one of the leading causes of injuries diagnosed as “bites.” There is an excellent online article by Dr. Richard Vetter, a toxicologist at the University of California, Riverside, that documents the amazing array of agents that can cause the necrotic lesions so often attributed to the bites of brown recluse spiders.

Meanwhile, seemingly innocent creatures can pack a real wallop if handled carelessly. Among these creatures are stinging caterpillars and the non-descript blister beetles.

Still, the answer to “What bit me?” is often “nothing at all.” Please consult your physician or pediatrician to properly treat the symptoms of any wound that occurs in the absence of your own observation of the infliction of the injury. Get well soon!