Back on April 22, 2016, I sat down with a City of Colorado Springs parks official to discuss my idea for having a bioblitz at one of the parks or open spaces in the city. He was enthusiastic enough to turn that concept into four bioblitz events as part of this year's 20th anniversary of TOPS - Trails and Open Spaces. Our first event was held Friday and Saturday, June 16-17, at Blodgett Peak Open Space in the extreme northwest corner of Colorado Springs, up in the foothills and mountains. Here is what happened. 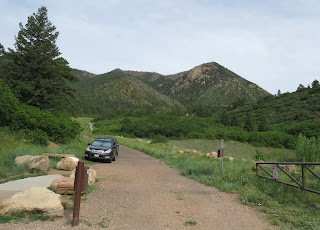 Blodgett Peak from "Base Camp"

First, let me express how grateful I am to City personnel for their organization, and furnishing everything from vehicles to food for the volunteer science teams. Without their hard work in planning, and in coordinating with other City departments, we could not have achieved any of our goals. 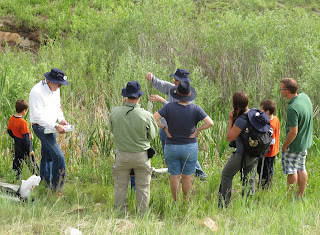 A bioblitz, for those not familiar, is usually a 24-hour event designed to record as many species of organisms in a given location as possible. The resulting data often sheds new light on what plants and animals occupy the ecosystem. County and state records for species are not uncommon; and even species new to science have been discovered at bioblitzes. The Blodgett Peak event included scientists looking at mammals, birds, plants, fungi, reptiles and amphibians, and of course invertebrates.

Observations are being recorded on the iNaturalist website. So far, the Blodgett Open Space Bioblitz project has recorded 419 observations tallying 279 "species," which range from actual species to genus-, tribe-, or family-level classification, or even higher. All of this has been accomplished with only seventeen people uploading their records and images. The identifications are vetted by professional experts and citizen scientists from around the globe. Reports continue to trickle in, so keep an eye on this project. 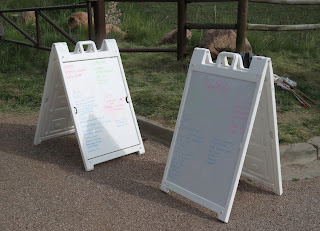 What did the invertebrate team discover? We started out by setting up three blacklight stations to attract moths and other nocturnal insects Friday night. We had a long wait for darkness, but just past dusk the insects started flying in. We also heard a Northern Pygmy Owl, which was something of a surprise in itself. One of our stations was at the entrance to the Open Space, right by the parking lot, and at the lowest elevation possible. Another station, unmanned, was placed well up the slope and just off of a trail in mostly scrub oat habitat. The last station was placed at an overlook even higher up, where mixed conifer forest habitat begins. Getting to the uphill stations was strenuous exercise.

Without a working flash on either of my two cameras, I was unable to document many of our nighttime visitors, but among our more spectacular species were these, imaged by my wife, Heidi: 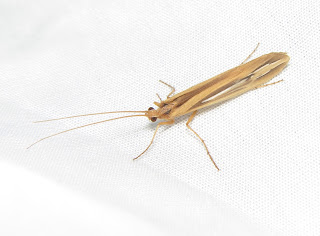 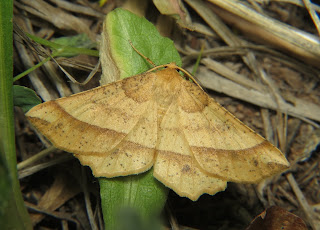 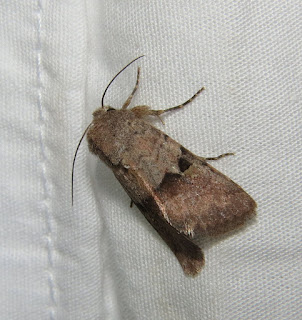 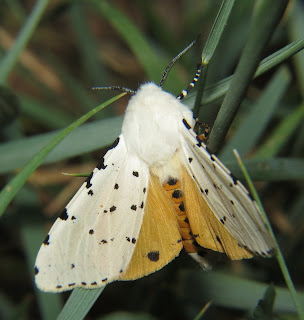 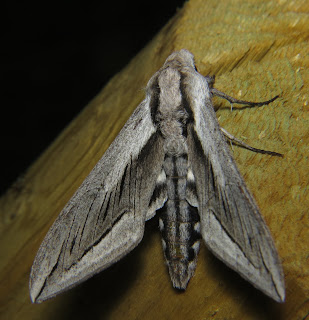 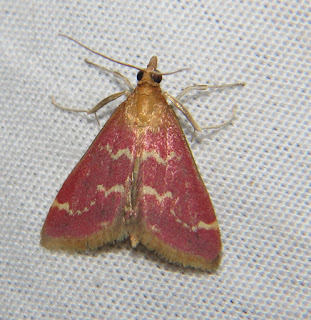 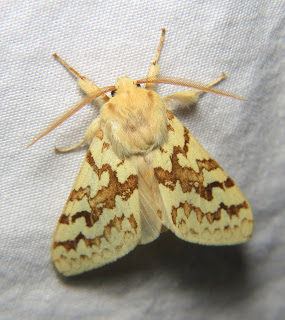 The next day came early, given the late night prior, but we persisted and found considerably more interesting species, from grassland habitats to thick forest: 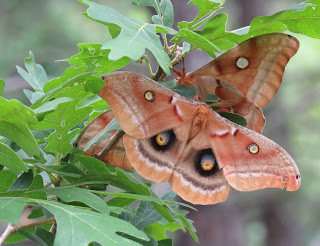 A mating pair of Polyphemus Moths discovered by Tim Leppek 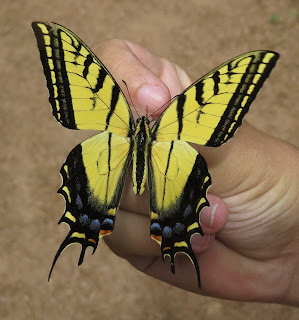 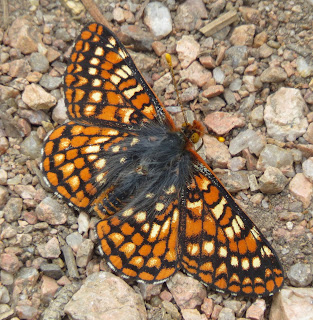 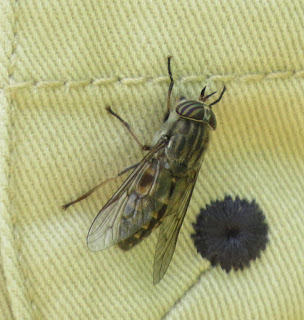 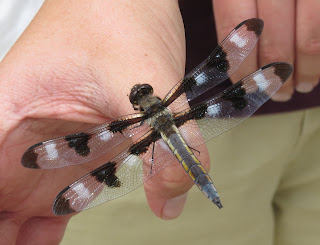 One of the Vogels netted this male Twelve-spotted Skimmer dragonfly 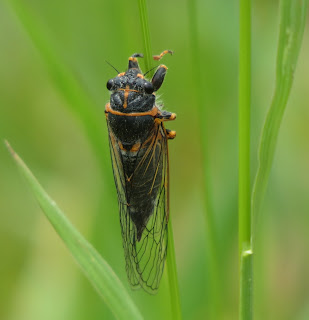 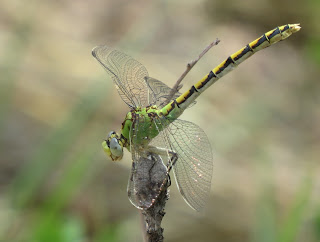 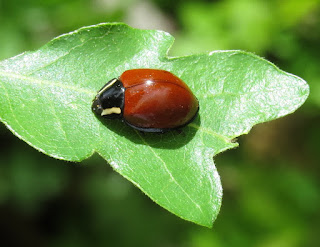 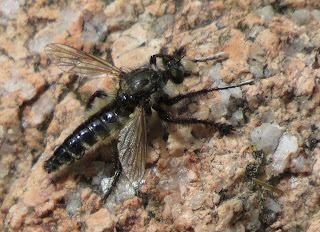 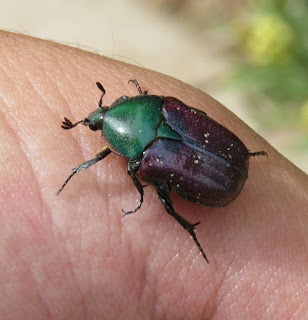 Special thanks to: Tim Leppek for lending his amazing knack for spotting cryptic insects, and his quality images of them; Erik Ostrum for coming all the way down from the Ft. Collins area to share his expertise in Lepidoptera (butterflies and moths); Sam Johnson for his lifelong expertise in Lepidoptera; Emilie Gray for sharing her own expertise and some equipment; Bell Mead for manning our Mile High Bug Club Booth for the entire day on Saturday; the Vogel family for setting up one of the blacklight stations Friday, and energetically and enthusiastically searching for more species on Saturday. 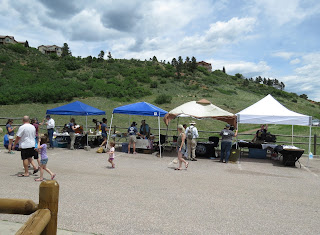 Several organizations had booths at the bioblitz

We're just getting started with these bioblitzes, so hopefully some of you can join us for the next one, Friday and Saturday, July 14-15 at Jimmy Camp Creek Park on the eastern fringe of Colorado Springs. This is a grassland and sandstone bluffs ecosystem, with a quality riparian corridor and even stands of Ponderosa Pine on the ridges overlooking the creek. It is where we found that stray Mexican Silverspot butterfly this spring, so who knows what else awaits discovery there. 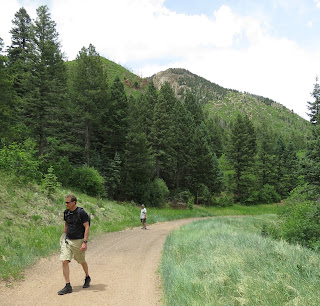 As close to the top as we got (and were allowed)
Posted by Bug Eric at 5:53 PM