In honor of "Arachtober" over on Flickr, I thought I would share what I discovered when I walked around the exterior of a house, garage, and woodshed at night in the northern reaches of Door County, Wisconsin, USA, on June 24, 2019. We rented the house for a few days for a family gathering. It sits in a forested area right on the shore of Lake Michigan on the Green Bay side, with Plum Island and Washington Island on the horizon. This particular evening was cool and wet, with intermittent rain showers. Imagine what a dry, warm night would be like.

Orb weavers often construct their webs under the eaves of structures, and are usually more conspicuous after dark. They seem to understand that outdoor lights attract more prey than they would catch out in the darkness. I spied at least three species this night: 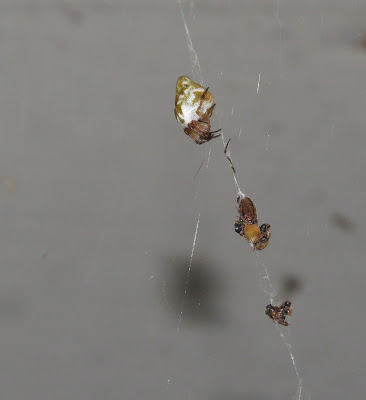 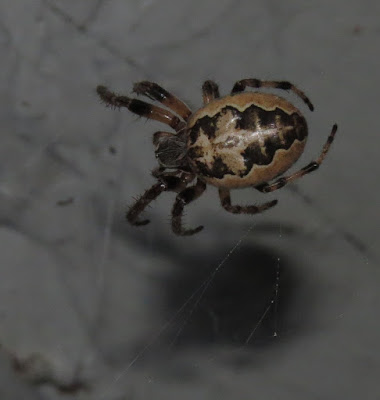 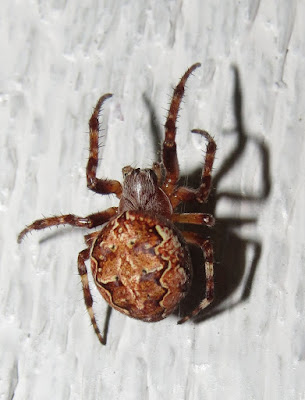 Interestingly, the one long-jawed orb weaver I found was sitting snugly against the side of the woodshed with no web in sight. It may be that they take the day shift. These spiders are recognized by their long bodies and long legs, and having their webs oriented in the horizontal plane (usually), often over water. 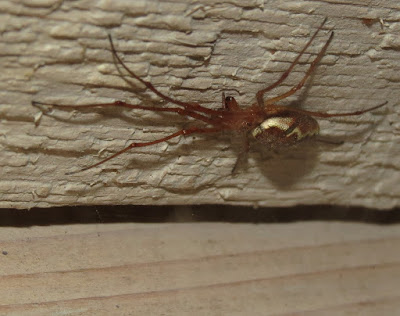 Cobweb weavers are the spiders most associated with human habitations and buildings. There are plenty of crevices in which to hide, and the style of their snares requires little in the way of points of attachment. The space beneath an overhanging piece of siding offers enough dimension to spin a web. 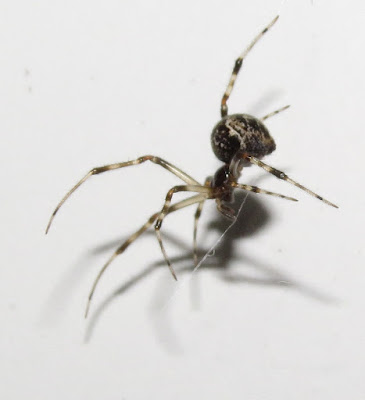 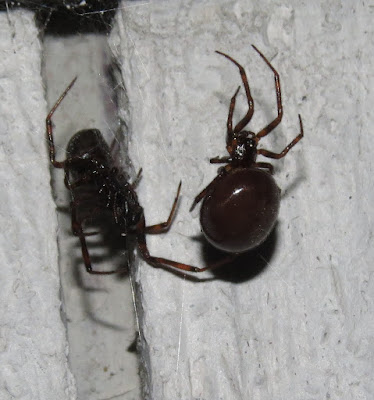 Among the most abundant spiders I encountered this night were funnel weavers. Crevices in stonework around the house and garage and shed allowed for a dense population, but some of the younger spiders were simply wandering, perhaps looking for new and better places to spin webs. 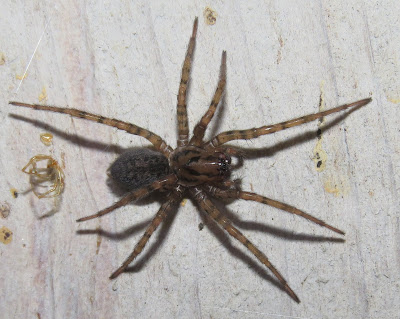 Many spiders don't bother spinning webs, but simply prowl around seeking prey. Chief among them are sac spiders. I saw at least three different individuals. They can appear and disappear rather quickly, so there were probably many more that I missed simply due to poor timing. The cool weather did slow them down a bit, though. 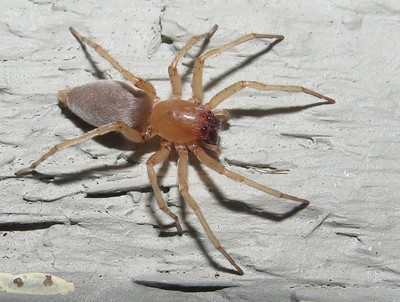 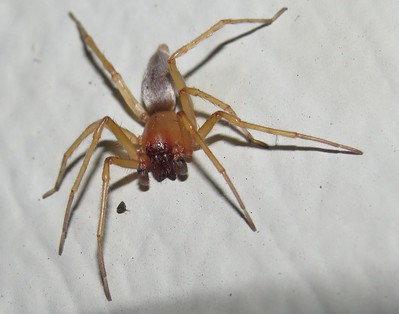 Wolf spiders are also common nighttime hunters. They are seen mostly on the ground and on objects in the horizontal plane, but some species are surprisingly agile climbers. Wolf spiders are easily recognized by their eye arrangement. A row of four small eyes near the base of their jaws, with two very large eyes right above that row, and the final two eyes set far back on the carapace. 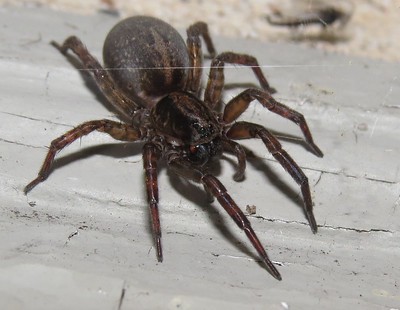 The largest spiders you are likely to see in the eastern United States and adjacent Canada are the fishing spiders. Despite their name, many species are found far from water, hiding in treeholes and other shelters during the day. They can be startling if encountered suddenly and unexpectedly on tree trunks or the sides of buildings at night. I was prepared to see them and was not disappointed. 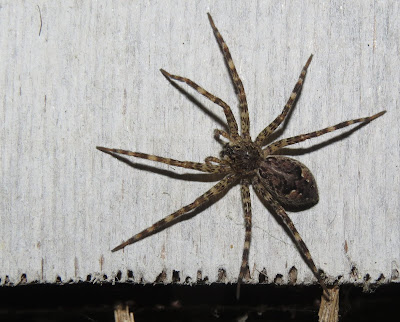 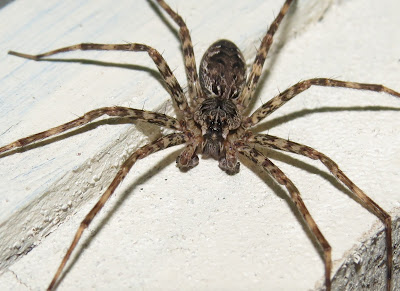 Most jumping spiders are active by day, but you can still see them at night, especially if they have taken to sheltering in place on the sides of homes and buildings. They hunt by sight, without webs, and are the smallest of the common prowling spiders. 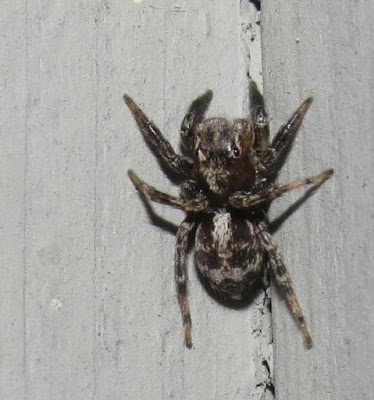 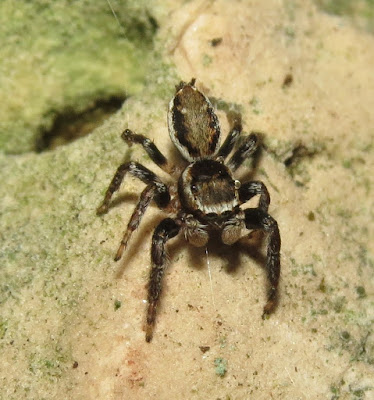 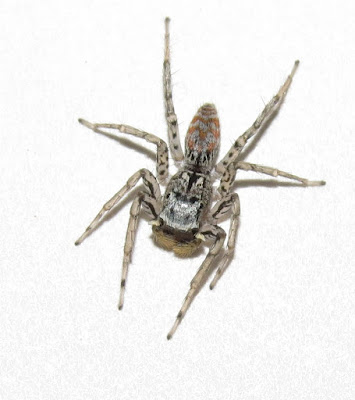 Crab spiders can turn up almost anywhere. They are classic ambush hunters, several species hiding in flowers to wait for pollinating insects to come within reach of their elongated first and second pairs of legs. The spiders are highly sensitive to motion, and if you don't approach slowly they are quick to sneak inside a crack or dodge behind foliage. 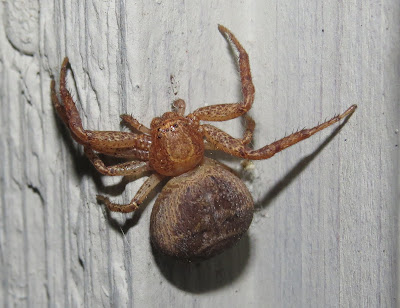 Members of this family spin flat, convex, or concave webs, depending on the genus. Each style is tailored to capturing a different suite of insects. The spiders hang upside down on the web and will respond to entangled prey at any time of day. Mature males, like most male spiders, cease to spin webs and devote the remainder of their lives to seeking mates. They do not even feed during their quest. 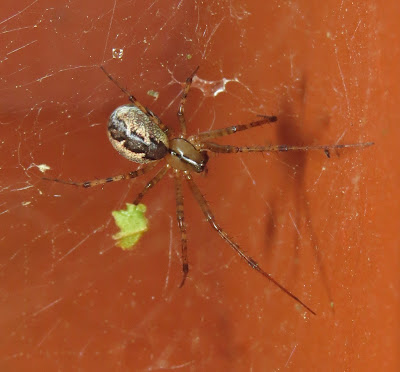 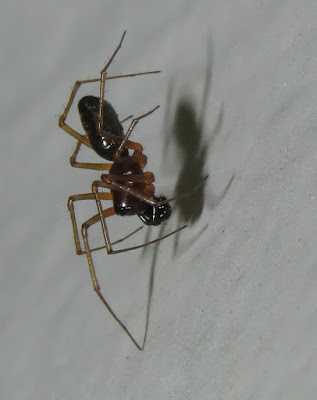 What's lurking around your house? I highly recommend taking the time to inspect the exterior of your home with a flashlight at night. You will be surprised and, hopefully, delighted by the many organisms you find. Besides spiders, I also saw a soil centipede, various woodlice (terrestrial crustaceans that include sowbugs and pillbugs), a harvestman (aka "daddy long-legs," arachnid order Opiliones), and of course many insects. Good luck, happy "Arachtober!" 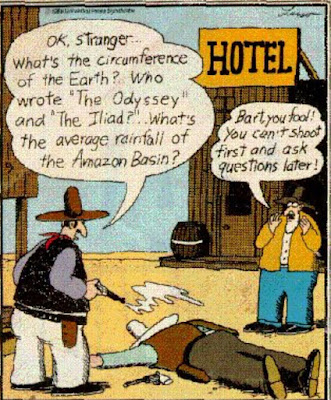 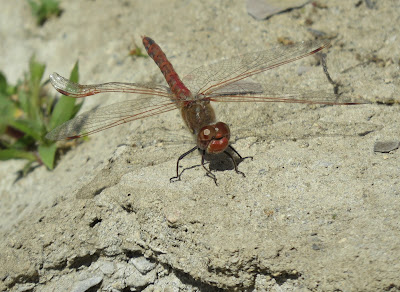 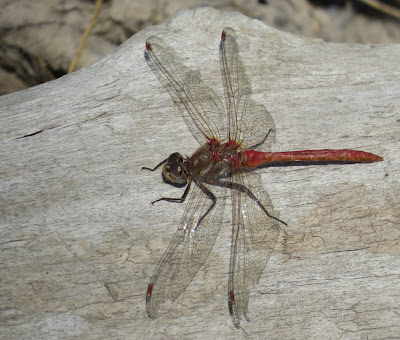 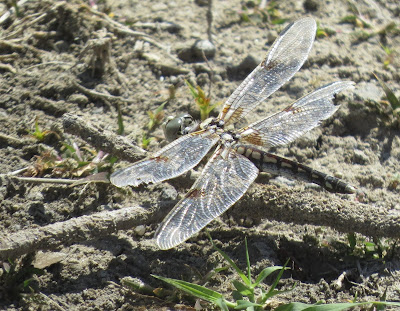