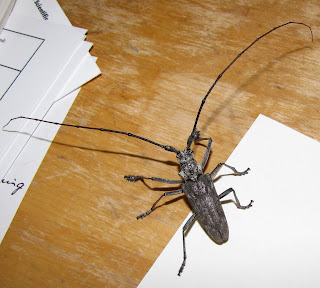 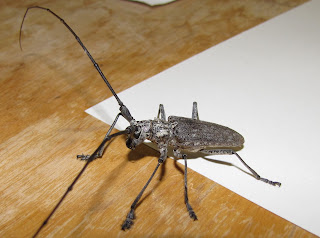 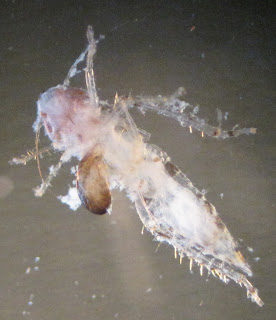 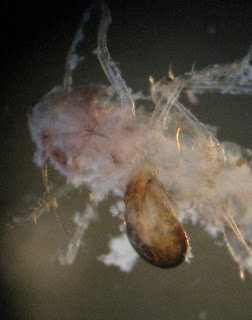 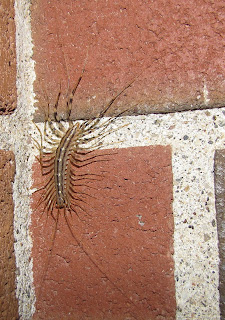 One of the most confounding, and arguably creepiest, creatures I am asked about at AllExperts.com has to be the “house centipede,” Scutigera coleoptrata. Neither insect nor arachnid, it is variously described to me as spidery, an animated feather, a speeding, ghostly apparition, and plenty of other epithets born out of both fear and fascination.

This species seems to be genuinely domestic, occurring mostly in and around human habitations where these venomous predators prowl in search of other invertebrates to eat. It is thought to have originated in the Mediterranean region, but unless one starts speaking Italian or Greek, you could fool me. International commerce has now succeeded in transporting the house centipede to virtually all inhabited corners of the globe anyway.

Related species in the genus often live in caves, and indeed the long legs and antennae of this animal are characteristic of habitats where visual acuity is much less important than a sense of touch. The lanky build of these creatures also makes them appear much larger than the 25-35 mm body length of the average specimen. Couple that with the incredible speed at which they can travel, and you have the heebie-jeebies come to life. I confess they can even freak me out at times because they can climb walls and scurry across ceilings at about Mach 7.

Fortunately, house centipedes are totally harmless to people and pets (well, if you have a flea circus I guess you’d better be careful). I encourage folks who encounter house centipedes to just let them continue their pest control patrol, like this one is doing, 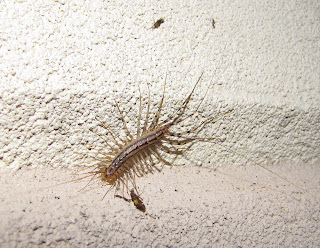 or usher the centipede into a container and release it outdoors in a woodpile, rock wall, or other sheltered situation where it will be equally happy hunting for food and mates. Those approaches are certainly preferable to "Honey, can you get me a shoe? A really big shoe?" 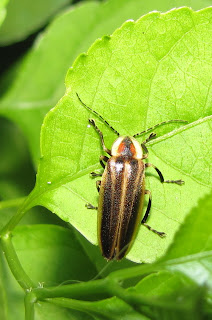 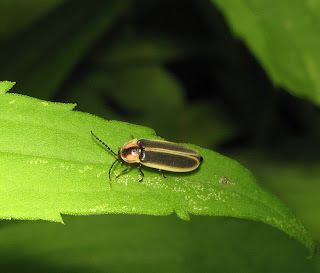 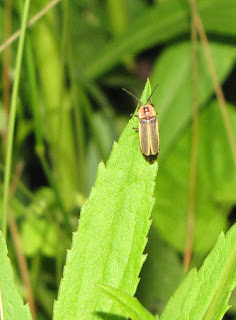 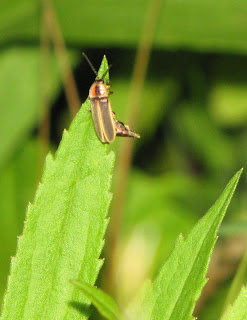 Another day in Entomology Land

Once I finished sorting the pitfall trap samples by order (beetles separate from flies, wasps, spiders, etc), then I set about trying to identify the Hymenoptera (ants, wasps, bees) more specifically. Mind you, I am used to dealing with insects over five millimeters long. In the world of pitfall traps, anything that big is absolutely gigantic. Most of what I’m coming across are minute parasitic wasps and a few ants. The following is a typical sort from order to family level or below in terms of classification.

I start by dumping the vial into a watchglass. The specimens usually stick to the vial, so I have to wash them out with alcohol. Some are very stubborn indeed. Then I stick the watchglass under the microscope and start sorting. A sample may contain anywhere from one to twenty or so specimens, hopefully all of them belonging to the same order (Hymenoptera in this case).

I segregate them by the most specific classification I am able. This often requires the use of scientific documents called “dichotomous keys.” A key is a series of couplets, each couplet describing one or more characters of external anatomy of the insect before you. You find the character(s) that match your specimen, then proceed to the next couplet and so on, until you arrive at a family, genus, or species name. If I am keying out an insect from Massachusetts, and I arrive at a family of insects found only in Sumatra, well, guess who made a boo-boo? This can be no fault of your own, though. I once keyed out a wasp to a genus found only in Japan because my specimen was missing one tarsal (foot) spine that had broken off. Sure enough, the other leg had the full complement of spines. Yes, it is enough to drive you crazy. 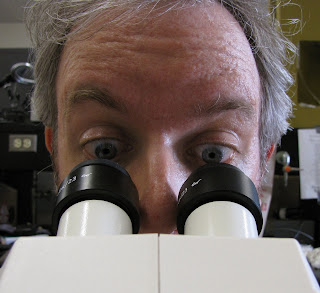 The microscope I am using is a binocular stereo “zoom” model that, near as I can tell, takes me up to fifty power (fifty times the size of the insect you are viewing). Even this is not always enough. I had to laugh when I came across one couplet in a key that was illustrated with an SEM! 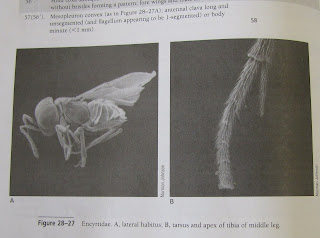 Sure, I’ll jut bop on over to my neighborhood scanning electron microscope, no problem. The University of Massachusetts does have one, but you can’t just barge in with your bug. It is a major exercise to render images of anything under one of those machines, including coating the specimen in a thin layer of gold.

Fortunately, my friend Jeff Boettner was able to rustle-up another key that is much more user-friendly. Got to credit Agriculture Canada for producing such fine works, eh? 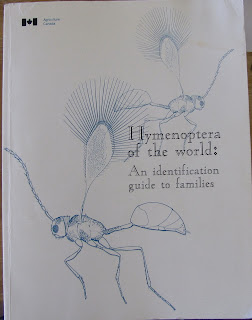 Now, if it were only still in print….

It is very gratifying to find that your specimen matches the illustrations in the key, like the sculpturing on the propodeum (hindmost part of the thorax) of this cynipid gall wasp (figure "aa" on the page of the book shown here). 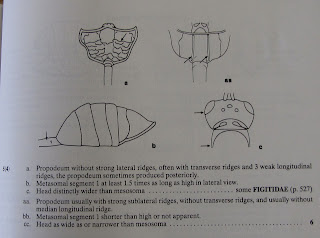 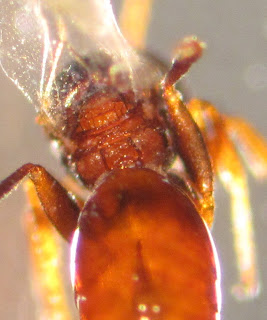 Yes, the specimen is standing on its head in this imge.

I am truly learning as much doing this work as I am producing for the university, but then, isn’t that what life should be about? Soon I will share more images of some of the spectacular little insects I’m finding in these samples.