Avoiding Despair in the Age of the “Insect Apocalypse”

My social media feed (well, Facebook is admittedly the only one I devote any time to) is full of dire warnings of disappearing bees, fireflies blinking to extinction, and how light pollution and pesticides are dooming everything, and all manner of other negativity. The most empathetic of humans are the ones most devastated by this media bias, and if there is one thing we cannot afford it is the extinction of hope. Here are some things to consider. 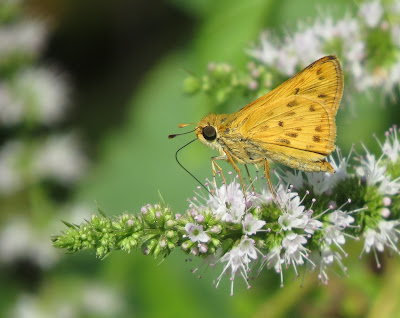 Fiery Skipper on mint in a Kansas garden

1. Do not underestimate the ability of natural systems to rebound from even catastrophic events. Nothing is permanent, our present civilization likely included, but as long as there are reservoirs of habitat, recolonization of even the most compromised of locations is possible, provided the refuges are of good size themselves, and reasonably close in proximity to the damaged areas.

This same principle of recovery exists at every level in nature. I like to remind homeowners and gardeners that trees can survive nearly complete defoliation by insects in a given year, provided the plant is healthy in most other respects. Native plants tend to be vastly better at taking a licking and bouncing back than some exotic cultivar.

2. Assert your rights. You have a right to a planet with its full complement of species. Claiming you speak for other species, or suggesting rights of nature, or espousing the need to preserve nature for future generations, are all weak arguments. You are not Dr. Doolittle, and other species don’t care whether we appreciate them or not. Rights of nature is a noble goal, but is a rarely successful strategy, and only when it is initiated and driven by indigenous peoples. Arguing for conservation and preservation for future generations is a loving sentiment, but it undermines the urgency of action we must have. It also ignores the work of previous generations. Things could already be worse were it not for the likes of John Muir, Rachel Carson, Aldo Leopold, Theodore Roosevelt….

It is much more difficult to argue against the idea that other human beings have a right to bird, fish, hunt, and otherwise recreate in a manner that stems from an appreciation of, if not reverence for, wildlife. Use that to your advantage when making your case at the next public hearing, or HOA meeting.

3. Don’t play favorites. We do not get to choose which species to share our property with. Milkweed beetles, bugs, aphids, and moth caterpillars have as much of a right to “your” milkweed plants as Monarch butterflies do. Indeed, you are doing something wrong if your insect diversity is low. Revel in the variety of species. Study them. Share what you learn with others.

4. Lead by example. Don’t wait for someone else to make the first move. Turn your lawn into a meadow or prairie, or at least let the clover, dandelions, and plantain grow. Practice “weed tolerance” for all but the state-listed noxious species. Install “bee condos” as supplemental housing for native, solitary bees and wasps. Leave a heaping brush pile as cover for birds and small mammals. Let things be a little messy. Tell the neighbors you are not a lazy homeowner, but that you are promoting biodiversity. Offer to explain what that means and why you derive joy from it.

Write that letter to the editor. Participate in a public process to draft new codes for property owners (residential, commercial, government) that reflect a commitment to enhance or restore native plant communities and their attendant animal residents. Initiate the process if necessary, through petitioning or pestering your government representatives at whatever level is appropriate.

5. Forge new alliances. Join astronomers in promoting dark sky initiatives to reduce the impact of light pollution on nocturnal animal species. Seek out Native American groups to begin rights of nature campaigns, or address other common environmental issues. Use your white privilege not to lead people of color, but to empower them to take leadership roles for themselves. Heck, start by recognizing you have white privilege and accepting that it may be necessary to solve environmental racism first, before going on to the next issue.

6. Remember the “history” part of “natural history.” Remind yourself and others that we need to pay the same respect to our natural heritage that we pay to our human history. We have “living history” at parks and monuments, yet we do not have a mandate to preserve a historical spectrum of ecosystems within local, state, provincial, regional, and national parks. Why not? Let us relax our notion of “wilderness” to extend beyond roadless areas to urban parks, restored brownfields, manmade wetlands, and other non-traditional definitions. Somewhere between bringing back mastodons and declaring a parking lot an ecosystem, there is room for an expanded definition of wilderness.

No one is going to do all of the above, let alone very well. Pick a place to start. Forgive yourself the failures, most of which will only be what you personally perceive as failures. Add to this list in your comments. Share your own experiences and hopes and how you plan to achieve them. Respond to every demoralizing story with the determination of a rose bush under an aphid attack. 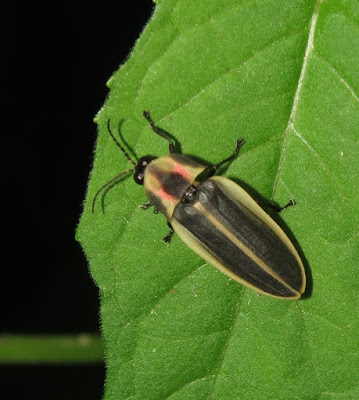