Pesticide Preemption: Another Tool for Industry to Protect Itself

Fortunately, entomology and politics don’t collide often, but when they do it is my duty to inform my followers of the potential impacts. While attending the Landscaping With Colorado Native Plants Conference in Denver last Saturday, I learned of something that sounded vaguely familiar, but never knew the name for it. It is called preemptive legislation, and it is a political tactic designed to thwart everything from local bans on plastic bags to, it turns out, local regulation of pesticide applications. It is likely that this will be coming to your state, too, if it is not already enacted. This is, in my opinion, part of a larger agenda. 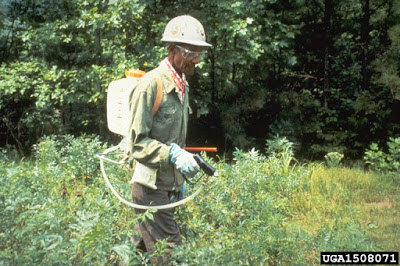 A little background is in order. The licensing and labeling of pesticides in use in the U.S.A. is the domain of the Environmental Protection Agency (EPA) as prescribed by the Federal Insecticide Fungicide and Rodenticide Act (FIFRA) passed in 1910. In 1972, Congress turned it into a full-blown regulatory statute, while leaving at least some enforcement powers at the state level. Enter Wisconsin Public Intervenor, et al. v. Mortier, et al. in the Wisconsin Supreme Court in 1991. Mortier had applied to their local municipality for permission to spray on private land. Permission was denied, the court case ensued, and judgment concluded that FIFRA does not expressly prohibit local government from instituting its own, complementary regulatory policy concerning pesticide use.

Since that decision, most states have elected to enact preemptive legislation to deny local jurisdictions the ability to draw up their own policies. Right now, forty-four (44) states have such rules, including my current state of residence, Colorado. Not surprisingly, the National Pest Management Association, and other industry organizations, are just fine with this. One of our state senators is looking to change that.

What is wrong with states having sole discretionary authority in pesticide choices and applications? Perhaps nothing, but increasing concerns over environmental toxins, and frustrations over lack of local control in general, are driving a movement to repeal or at least amend such powers of state authority. The public is finding agricultural and landscaping practices to be contributing to perceived declines in pollinator diversity and abundance, and compromising biodiversity in general. 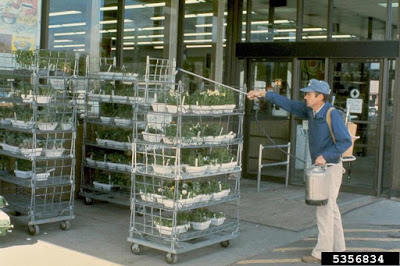 Oddly, scientific skepticism and believers in science arrive at roughly the same conclusion on this issue: we no longer have trust in the idea that chemicals, or any product or service, are the sole avenues for solving every problem we create. Chemical applications are easy, no question, and this goes for fertilizers, too. These “cosmetic applications” are necessary to sustain lawns, and exotic trees, shrubs, and flowers that do not naturally occur in every climate, nor prosper in every kind of soil. Here in the arid west, they also require too much water.

Beyond the inertia of industries that are thriving under the status quo of their methodology, reaping profits all along the way, there are property values and liability to consider, at least in cities and suburbs. Shifting to new standards of appropriate “wildness,” with at least a minimum threshold for native plants in landscaping and a reduced lawnscape, will be challenging. Our assessment of acceptable risk will have to change in accordance with our desire to relieve pressure on native ecosystems from inappropriate developments. 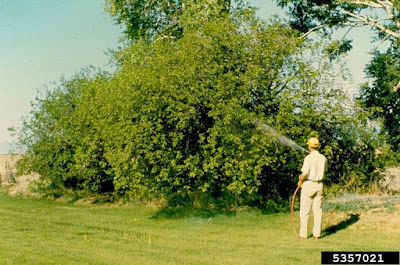 Right now, Colorado Springs is in the process of soliciting public input to revise its chapter seven codes, which means updating its zoning ordinances. This includes landscaping standards. I would strongly advise participating in any similar engagement opportunity in your own municipality, as this is where you can make the strongest impact rather than reacting to individual developments as they present themselves. In another week the urban forestry plan will be unveiled at yet another public meeting, and inviting comment from attendees. It helps that I am in the loop a bit, to learn of these events and initiatives. Honestly, I am not certain how I got so fortunate, though I habitually put my e-mail address on anything related to local government.

You most certainly bring a unique perspective to your HOA, city, township, county, or other governing body. Raise your voice. Pester the nursery to start stocking native plants. Be an example to your neighbors. Conservation quite literally begins at home.