Save A Spider (Every) Day

Every day should be “Save A Spider Day,” considering all that these arachnids do for us as people, and ecosystems around the globe. Alas, March 14 is the only day officially designated for their respect, admiration and, at the least, tolerance. The timing this year is pretty good, though, given hysteria surrounding some sensational journalism, and a forthcoming field guide to spiders in North America. 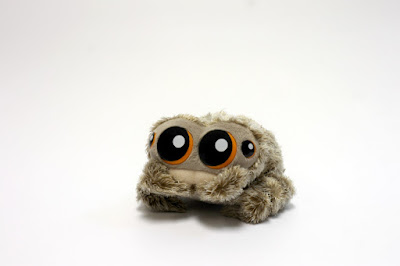 I was prompted to write this post by Kelly Cleary of Sayles and Winnikoff Communications, the marketing company promoting a new Cartoon Network series starring “Lucas,” the fluffy, adorable animated jumping spider that took the internet by storm a few years ago. This is a wonderful, positive milestone for arachnid appreciation, and I am honored to be asked to be a messenger for something innovative and excellent.

There is the fictional, lovable Lucas, and then there is the Joro Spider, a real species that is getting the polar opposite treatment in the press. Eight years ago, a large orb weaver was discovered in the state of Georgia, USA, and determined to be Trichonephila clavata, a species native to most of Asia. This was considered something of a novelty at the time, but soon more individual specimens were turning up in nearby locations. Since then, the Joro Spider has expanded its range to include most of northern Georgia, and parts of northwest South Carolina and adjacent North Carolina. Single specimens have turned up in Alabama, and even Oklahoma, likely a result of someone unwittingly moving them on an object or vehicle. 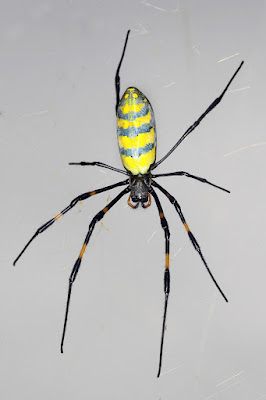 Recently, scientists have extrapolated the potential expansion to eventually include most of the Atlantic coast of the U.S., plus Pennsylvania, southern Ohio, Indiana, and other states. This is based on latitudes where the spider is found in its native Asia, plus the warmer maritime influence along the coast. This is what scientists are supposed to do when confronted with an alien species in a new territory: make predictions and then inform the public accordingly.

Unfortunately, journalists are prone to sensationalize this kind of information and, in this instance everything is, literally, being blown out of proportion. When they are young and small, spiders disperse themselves by “ballooning,” climbing to the top of tall objects, standing on tiptoe, and issuing long strands of silk to catch the wind. Someone forgot to properly explain this to reporters, so now we have the expectation of very large spiders raining down on us come springtime. Relax, it is ot going to happen. 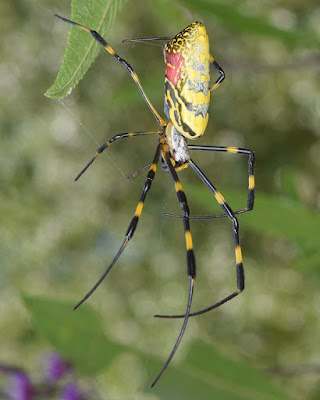 Whether the Joro Spider is going to have a negative impact on native spiders, temporarily or permanently, will not be determined for some time. Any effort to control, or eradicate the Joro Spider is likely to have more dire ecological consequences than the spider itself. Do report your sightings with at least clear photos, if you cannot present an entomologist or arachnologist with the specimen itself. Otherwise, there is no need for overreaction.

Need help identifying the Joro, or any other spider? I have good news. My friend and scholar Sarah Rose has written Spiders of North America, in the Princeton Field Guide series. I will have a review here eventually, but suffice that I have intimate knowledge of the scope of this reference, its design and presentation, and can speak highly of the expertise and communication skills of the author. You will want to put in your pre-order soon. Not everyone is a fan of spiders, likely not even everyone reading this post, but we can at least learn about their place in the natural order of things, and welcome them in our yards and gardens as free pest control, and architects of marvelous silken webs. Meanwhile, until journalism is more responsible, please help us spread correct information via social media and our in-person interactions with others. To paraphrase Smoky the Bear, “only you can save spiders.”