The list of aliases for the biting midges of the fly family Ceratopogonidae is seemingly endless, but most are apt descriptions of how tiny these insects are. I suppose I could emphasize their diminutive size by not illustrating this post at all, and leaving their appearance to your imagination....These flies certainly stretch the limits of my Canon PowerShot SX50 (and more recently SX70), so I encourage you to visit other photo resources to see the insects' true majesty. 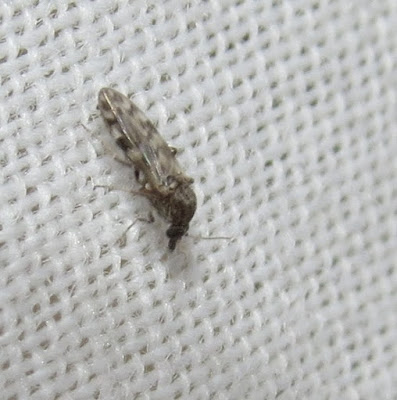 Were it not for the few species of biting midges in the genus Culicoides that habitually bite humans, we might know little about them at all, aside from those that bite livestock. The majority of ceratopogonids apparently feed mostly on the hemolymph (blood) of other insects, believe it or not. 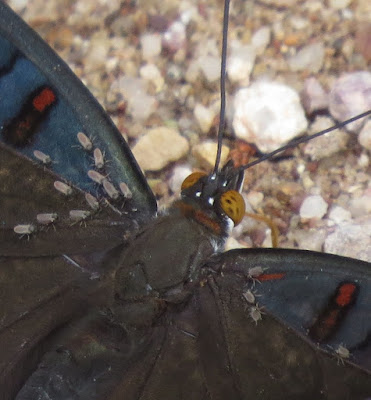 Biting midges feeding on the hemolymph (blood) of an Arizona Sister butterfly in the Huachucha Mountains of Arizona, USA

Only the females take blood meals, and in some species the females have atrophied mouthparts and do not feed on blood. Both sexes feed on nectar and other sugary liquids as well, to fuel their flights. There are at least 39 genera, with over 600 species, of Ceratopoginidae in North America north of Mexico. 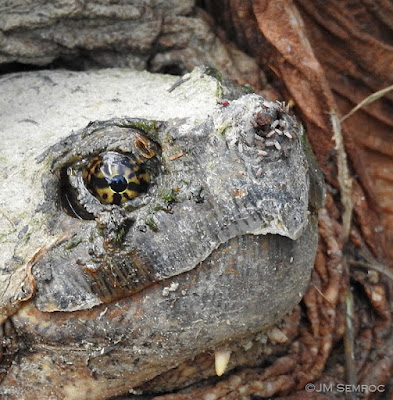 I was prompted to finally do a post about no-see-ums, in part, by an e-mail I received from my friend Judy Semroc, an accomplished wildlife photographer. She sent me images of peculiar "larvae" around the nostrils of a snapping turtle. It wasn't until the final close-up image that I was able to discern that the creatures were actually adult female biting midges, some so engorged with blood that they looked more like mites. 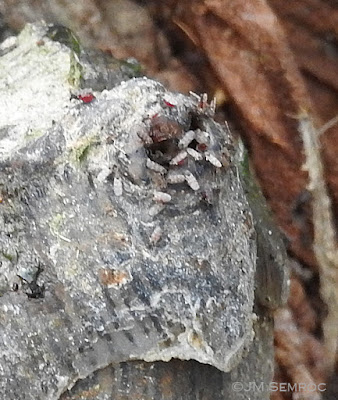 Not all ceratopogonids are that small. They collectively range from one to six millimeters in body length. They are not always easy to tell apart from other families of non-biting midges, but with a little practice one can often discern the "long face" that includes a short proboscis and associated palps. 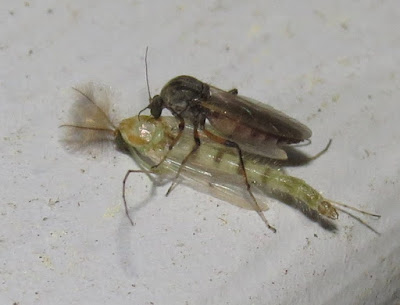 No-see-ums can be more than a mere nuisance. Some are known to transmit disease-causing microbes to humans and livestock. They are a principal vector of bluetongue, a virus which afflicts cattle and sheep. 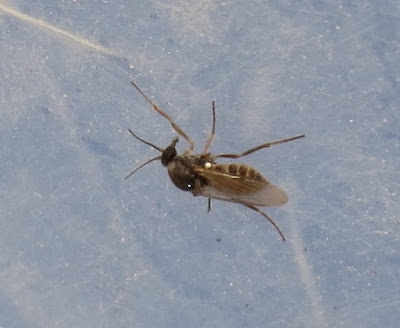 In this specimen from Colorado, USA, you can see the proboscis and palps.

There is, however, at least one redeeming member of the family. A species in the genus Forcipomyia is the sole pollinator of cacao trees, the plant from which we get chocolate. Unfortunately, when tropical forests are turned into cacao plantations, the tiny flies lose the humid conditions and moist soil needed to complete their life cycle.

The life cycle of ceratopogonids usually revolves around aquatic or semi-aquatic habitats, or excessively moist conditions in otherwise dry habitats. Larvae may live under bark of decaying logs, in mosses, treeholes, sap flows, or soil. There, most feed on floral debris, algae, or fungi. Larvae in fully aquatic habitats are mostly or exclusively predatory on other small organisms. 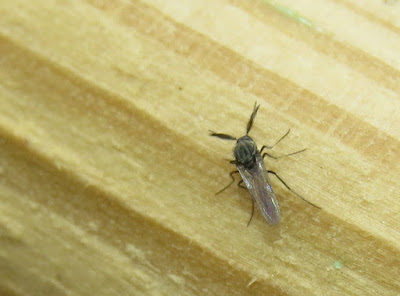 Male biting midges, like this one from Illinois, USA, often fold down the setae on their antennae, giving them the appearance of having a mustache.

Adult male midges of many species form aerial swarms over a prominent object or landmark, to attract the attention of females. The plumose (feather-like) antennae of males function as "ears," tuned to the wingbeat frequency of approaching females. Mating usually takes place while airborne, though some species alight to copulate. 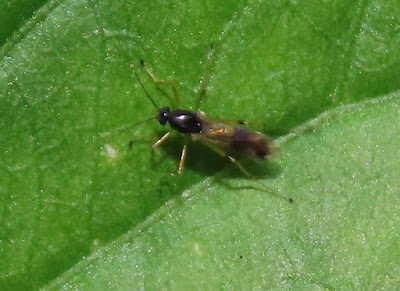 Another encounter that fueled my curiosity about ceratopogonids happened just yesterday. I spotted what I initially thought was a small, skinny mirid plant bug on the surface of a leaf in our back yard. I had serious difficulty getting an in-focus image with any detail whatsoever. Reviewing the images it became clear it was not even a true bug. On a hunch I explored Bugguide.net for ornate punkies. Lo-and-behold, I found a match: Clinohelea bimaculata. It will be a state record for Kansas for both Bugguide and iNaturalist, provided I have identified it correctly. 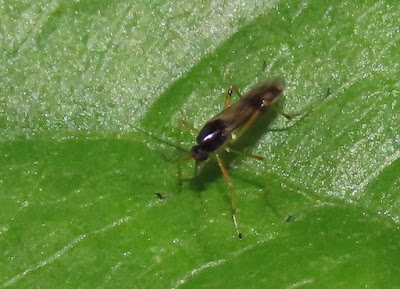 Oh, my, I think it has prehensile "toes" (tarsal claws)!

The preceding is at best a snapshot of a highly diverse and complicated family of flies. Much is known, especially about species of economic and public health importance, but there remains much to learn.