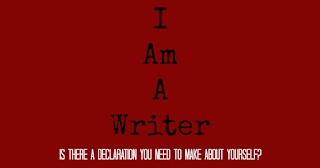 Note: This is what you must know about me at this point in my life. I appreciate your respect of that.

There is no such thing as an identity crisis; or if there is, then it is precipitated by a long history of identity denial. Failure to embrace who one truly is inevitably results in resentment, and even hostility toward others. How to reinvent oneself is then the challenge.

I am a writer, a communicator. There was a time I thought I wanted to be a scientist because I felt that was the only path to achieving credibility. The non-fiction writers I admired were also scientists, so it seemed the logical course of action was to enroll in college with a scientific major. So, off to Oregon State University I went, where there was comfort in already knowing some of the faculty and staff who were my mentors earlier in life. Since I honestly do have an affinity for insects and related creatures, I declared entomology as my major.

There were immediate signs that this was not a good idea. I failed mathematics courses. I floundered in chemistry, and avoided physics and statistics. Academia does not reward you for simply having an interest in science. In fact, it punishes you. Higher education tries to break you of empathy and sentimentality for other organisms. Anthropomorphism, the assignment of human emotions to other animals, is banished from the lab, and even from field observations. Ecosystems are abstracted into "models," poor paper substitutes for flesh and blood. Entire landscapes are reduced to soil profiles.

I should have left the sciences for an English or communications major right then and there. Instead I moved over to the School of Forestry where I majored in Recreation Resource Management, where park naturalists earn their cred. I retained entomology as a minor. I excelled at natural history interpretation, but only tolerated, if not struggled with, other subjects. That fourth year was my last. I dropped out with a feeling of emptiness, and certainly an empty bank account.

Despite my lack of an academic degree, I have held professional positions as an entomologist. The Oregon Zoo and Cincinnati Zoo both employed me in their insect exhibits. I worked on a private contract at the Smithsonian Institution, helping catalog the national butterfly collection for a month in 1986. Subsequently, I have had other contracts with the University of Massachusetts (Amherst), and the West Virginia Department of Natural Resources. These jobs paid adequately, if not handsomely, but were mostly unfulfilling in every other regard. Today, there are enough rules and roadblocks that it is impossible for me to be employed this way again anyway. The job application process in general, for almost any position, is so weighted toward exclusion that it is demoralizing and not worth the effort to apply for many of the best potential candidates.

Meanwhile, I persisted in my own efforts to cultivate credibility, and build a following as a trusted expert in the world of popular entomology. At this I have succeeded too well. Actors call it typecasting: Having performed one role so well that they can no longer find work for any other role. Convincing people that I can write about topics other than "bugs" is an excruciatingly slow process, and as I age the sense of urgency only magnifies, and the sense of resentment at my own previous denial of who I am intensifies. Naturally, this expresses itself inappropriately, and I now find myself sighing heavily whenever a stranger asks "Hey, aren't you that 'bug guy'?" At times I want to slap them upside the head.

I will always have an interest in insects, and always be willing to help people educate themselves about the "smaller majority," as entomologist Piotr Naskrecki calls them. However, that is not the sole aspect of my identity and I ask you kindly to respect that. Should you want to follow my Sense of Misplaced blog, even better; and if you can help me find paying markets for my personal essays and social commentary, then you have my eternal appreciation. Thank you.