Can "Enting" Be a Thing?

The short answer is "yes." The more appropriate answer is "it has to be." There is precedence in other scientific disciplines for actively engaging the public, and training people in proper techniques for observation, identification, and documentation. Entomology is lagging behind at a time when we are desperate for more information. Insects are more than a little challenging compared to vertebrate animals, and present unique problems, but let's recognize and address those shortcomings now instead of waiting until it is too late. 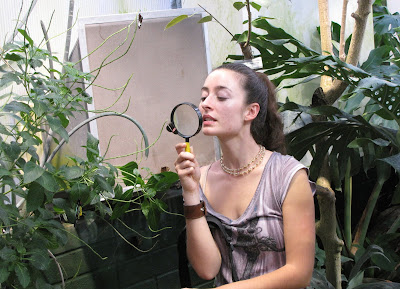 Birding, the scientific and recreational observation of avian organisms, has been around for decades, if not a century or more, and is experiencing a renaissance of sorts thanks to the likes of Jeffrey Gordon, Kenn and Kimberly Kaufman, and a host of other ornithologists and experts who make a point of recruiting new "birders" to the ranks. Jason Ward is among the new generation of birders making birding more popular and inclusive than ever.

.... if birds are everywhere, insects are "everywhere-er-er."

Meanwhile, "herping," the seeking of reptiles and amphibians, is also a popular hobby that contributes substantially to our collective understanding of the abundance and distribution of snakes, lizards, frogs, salamanders, turtles, and their kin. There are rules for how to undertake the activity with minimal stress to the animals, and maximum reward for the participating humans. Collaborations between professional herpetologists and amateur enthusiasts are common and encouraged. 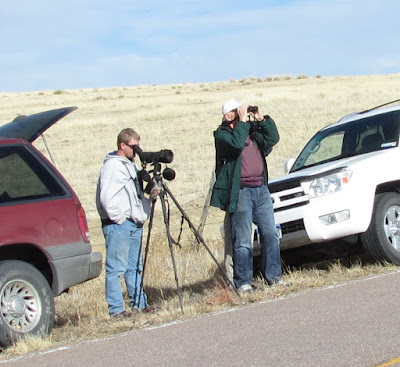 "Ent-ers" observing a hornet nest from a safe distance

So, in light of the success of birding, herping, and other wildlife-watching, why not "enting?" The appeal of birding is said to come from the fact that birds are everywhere, and so are instantly observable anywhere. Well, if birds are everywhere, insects are "everywhere-er-er." You don't even have to leave the average home to find them, nor even look out the window. Just point a flashlight into some dim corner of the basement. Ok, maybe start somewhere less spooky....

Entomologists lament that they have little data to chart the abundance and diversity of insects over time, but are reluctant to admit that citizen scientists can inform that discussion in any fashion. The scientific community either wants data or it doesn't, and there are only so many professionals to go around. Most of those experts are busy identifying potential crop pests or inventing new ways to combat existing pest species.

Given the irritating connotations of "bugging," not to mention the scientific inaccuracy of such a term if it were applied to insect-watching, "enting" is probably the most all-encompassing and appropriate name for the observation of insects, and by extension arachnids and other arthropods as well. 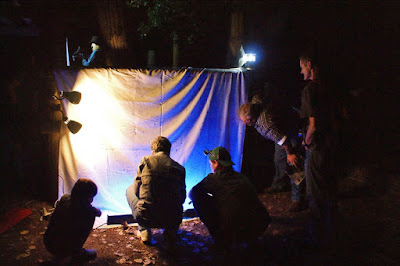 "Mothing" is already a recognized pursuit, usually involving deployment of a blacklight and/or mercury vapor light, a reflective white surface such as a sheet, and a camera or phone to record whatever is attracted. Sometimes mothing involves "sugaring," painting a fermented bait onto tree trunks. "Oding," pronounced "O-ding," is the quest for dragonflies and damselflies. This ideally requires a catch-and-release technique such that one can document the external genitalia of male specimens, often the only way to achieve a solid identification beyond genus.

One enormous hurdle that must be overcome is the insistence of some professional entomologists that the only viable records of a species are those that involve a collected "voucher specimen." Collecting, and imaging of live specimens, are not mutually exclusive. In fact, the two complement each other. Photos often give more context than specimens because the host plant may be included in the image, a certain behavior depicted, or even the ecosystem itself be recorded. This is especially true for quality videography, but still images are also valuable. Lastly, if you cannot identify something as unique as a Filigree Skimmer dragonfly from a photo, then I question your credibility as an authority. 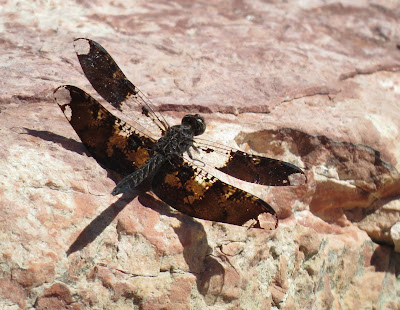 While some scientists must be convinced of the capacity of the public to aid them in truly scientific investigations, the public has to be convinced they can be brought up to speed in ways that can make them the most effective contributors to the cause. One impediment to embracing insects as wildlife is the lack of "common names," the English labels assigned to some species, but completely absent for most invertebrate species. Species are assigned standardized Latin or Greek (or combination thereof) names by the International Commission on Zoological Nomenclature. They abide by strict rules governing such things as name "gender," and engage in exhaustive research for historical synonyms and other matters that affect the naming of species. Tasking the commission with the creation of English names is simply asking too much.

It may be worthwhile to create a complementary body that does precisely that: generate standardized English names for insects, arachnids, and other arthropods. It would be no small feat, involving at minimum the translation of the Latin and Greek. While the Entomological Society of America has a Common Names Committee, we need something bigger. This could help the public understand just how descriptive and appropriate (and sometimes whimsical) scientific names can be, while making the study of the organisms more user-friendly. Further, it would enhance the appeal for conservation measures if the insect had a more easily-pronounceable name for media relations. In some cases, common naming rights could be auctioned as a conservation fundraiser, probably with fewer objections than the same mechanism for generating scientific names for newly-discovered species.

What can we agree on, then? Surely we see the value in encouraging and rewarding public curiosity about arthropods, and the potential viability of public contributions to scientific knowledge. Between Master Naturalist curricula, and advanced naturalist workshops, we can coach the ardent entomophile in the art of insect and spider identification, equipping them with the tools necessary to achieve meaningful, reproducible results. Do scientists really need to be convinced that these are worthwhile exercises? 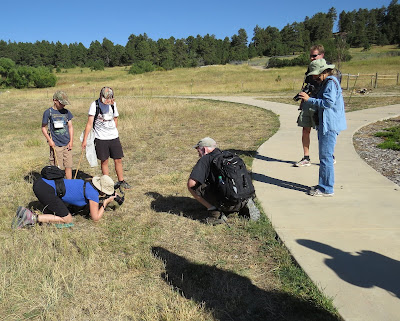 Bugwatching can be a social pursuit, too.

It is highly encouraging to see the influence of social media, spearheaded by the most youthful generation of scholars, in sparking public interest in insects and related invertebrates. Facebook groups are full of stories of how once-fearful entomophobes have been converted to insect- and spider-lovers and advocates. Time to take the next step and turn these friends into scientific allies. Let the "enting" begin.