Metamorphosis is a wonderful thing. It is physiologically compulsory for insects, many other invertebrates, amphibians, and some fish. It is a conscious choice in humans from the perspective of emotional, social, and intellectual maturity. Some people choose to remain forever neotenous, never advancing their ability to empathize with others, or accept that diversity and equality enhance our species rather than impede our collective evolution. 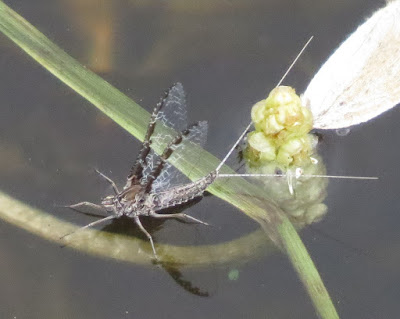 Mayflies, aquatic insects in the order Ephemeroptera, are best known for their ephemeral adult lifespans, often only a day or two, several days maximum, and as short as one hour. As underwater naiads, their youth may last three months to three years, depending on the species.

Mayflies are the only insects that molt after reaching adulthood. The naiad emerges from the water, splits its exoskeleton down the middle of the thorax, and a winged insect slowly draws itself out. This is the subimago, or “dun” in the parlance of anglers who model their imitation flies after certain mayflies.

The dun flies to another perch, such as foliage overhanging the water, or a bridge abutment, or similar platform. There, it repeats the molting process, becoming a fully-fledged, sexually mature imago that fly fishermen call a “spinner.” These adults lack functional mouthparts, as there is no time for feeding. There is only mating and, in the case of females, laying eggs. At least one species, Cloeon dipterum of the British Isles, births live naiads, having incubated the eggs within her body. 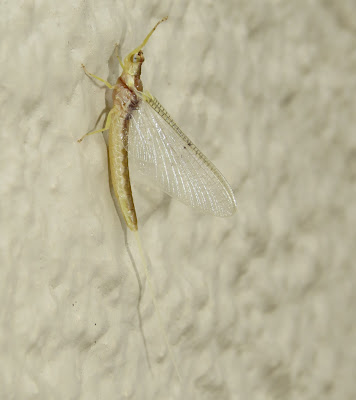 The evolutionary origin of mayflies dates back to the middle of the Carboniferous Period in the Paleozoic Era, about 325 million years ago. This places them near the most basal root of the phylogenetic tree of all winged insects.

The Ephemeroptera are the “E” in EPT, a biological index that informs water quality in environmental health assessments. Together with stoneflies (Plecoptera) and caddisflies (Trichoptera), mayfly naiads vary in their sensitivity to pollutants, overly turbid, and warmer-than-normal streams, rivers, and lakes. Generally, the more species diversity in these insect orders in a given watershed, the healthier the aquatic ecosystem is.

Our own children thrive best in environments devoid of toxic ideologies, and well-oxygenated with empathy, equality, justice, and peace instead of turbidity. The more diverse our neighborhoods, schools, and institutions are, the better.

True, the naiads of prongill mayflies, in the family Leptophlebiidae, ensconce themselves in crevices and shun the light, and burrowing mayflies in the family Ephemeridae tunnel into the silt or sand of streambeds and lake bottoms. That does not mean we should bury our own heads in the sand, stubbornly clinging to outdated social strategies that further divide us. 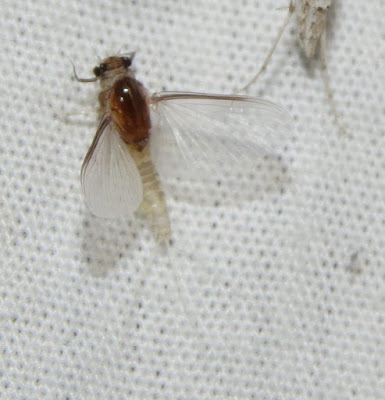 Adult mayflies often emerge synchronously, in overwhelmingly abundant “hatches” that anglers attempt to time appropriately with their feather-and-thread imposters. Major rivers are often the site of these eruptions, and the Great Lakes are beginning to see a resurgence in numbers that have been at a historic ebb for decades thanks to pollution. Bulldozers are often necessary to sweep the dead insects from roadways lest they become a slick, greasy hazard.

Homo sapiens has been on this planet for barely the geological equivalent of one day, so perhaps we are all subimagos, having not yet graduated to full adulthood in appreciation of our own diversity. I like to think that I have entered that stage, aware, yet still awkward in my attempts to help others out of their own prejudicial entanglements, their ecdysis mired and twisted by privilege and entitlement.

Maybe I’m wrong. Maybe I am a cicada, and thirteen or seventeen years hence I will realize I knew nothing. Still, the idea that just when you thought you were done, you are only a dun, resonates more. We may never arrive, never become spinners, but we are certainly farther away than we think we are. 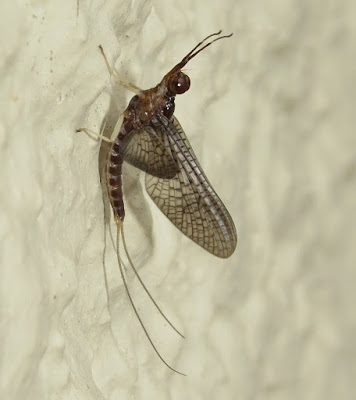