October is one of my favorite months, made all the sweeter in the last three years because I have participated in the “Arachtober” group on Flickr. 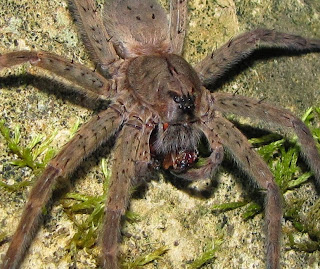 Many folks who photograph insects and other small animals save the spider images they have accrued over the year to share with the Arachtober pool. This is because one of the few rules of the group is that you post only those images that have not appeared on your Flickr photostream previously. It is worth the wait.

Sometimes, participants forget that there are other arachnids besides spiders: mites, ticks, scorpions, whipscorpions, pseudoscorpions, harvestmen, and others. A few members of the group actually find things like ticks to be too disgusting to embrace even in the artistic sense. A few scorpions and “daddy long-legs” pictures will still manage to appear, though. 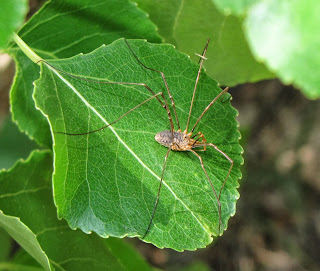 The biggest challenge to Arachtober’s popularity this year may be the graphic changes brought to Flickr as a whole by its new owner, Yahoo!. Fewer people view my own photostream any more because of the new format that has rendered Flickr just a shadow of its former clean, aesthetic past. The initial outrage demonstrated by the Flickr faithful has either faded, been completely ignored by Yahoo!, or both. The future of photosharing may be Facebook, Pinterest, Twitter, and Instagram, but mobile devices really don’t do quality images justice. 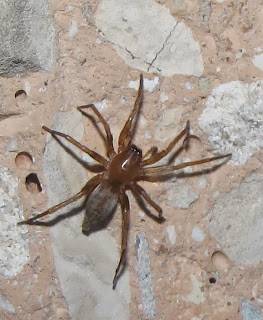 All the same, I invite you not only to follow Arachtober daily, but to participate as well by sharing your own images of all things eight-legged. Thank you.