Hardly a day goes by when I am not asked some version of this question. Maybe it is phrased “Is it dangerous?” or “Is it venomous?” This illustrates just how paranoid we have become of other life forms on this planet. Let’s clarify the definition of each of these terms, and the relative risks involved with each.

Most of the time, people use the terms “poisonous” and “venomous” interchangeably. What they usually want to know whether a given spider, scorpion, or insect is venomous. Venomous animals possess toxins that they deliver to a victim by biting or stinging. Nearly all spiders are venomous, as that is how they kill their prey. Only a handful of spiders are dangerously venomous to the average, healthy human being. Here in North America, the only spiders confirmed to be potentially dangerous are widows (genus Latrodectus), and brown spiders (genus Loxosceles). This is not to say that the bite from *any* spider cannot spark an allergic reaction in someone hypersensitive to venoms. 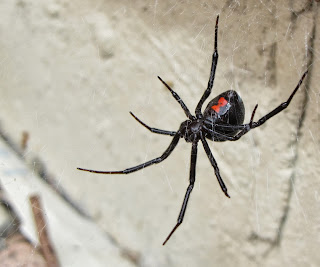 What is generally exaggerated is the risk of being bitten by a spider. The likelihood of being envenomated by a spider is quite miniscule, especially if you take simple precautions like those suggested in this article at Spiders.us.

Some venomous insects can come as a surprise to the uninformed or uninitiated. Several caterpillar species, for example, have stinging spines or hairs that can cause excruciating pain, at least in some people. Be careful not to touch hairy or spiny caterpillars. 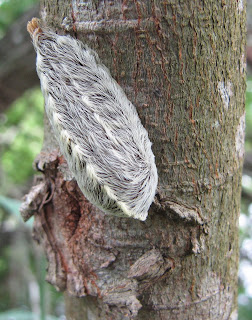 Ironically, tarantulas in the genus Aphonopelma will kick tiny, barbed hairs off of their abdomen instead of biting in self-defense. The hairs become airborne and, if inhaled or otherwise contact mucous membranes, cause severe irritation or even allergic reactions. Some people who handle tarantulas, or even the molted exoskeleton, may pay for the experience with contact dermatitis. 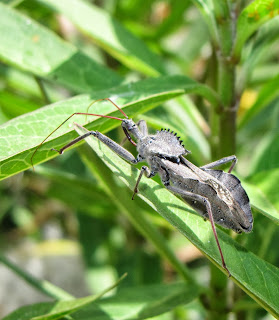 Many species of ants other than fire ants are capable of stinging, as can “velvet ants,” wasps in which the female gender is wingless and may resemble a large, hairy, brightly-colored ant. Assassin bugs like the Wheel Bug, and aquatic bugs like giant water bugs (aka “toe-biters”), backswimmers, and water scorpions, have a venomous bite to immobilize prey, but they can bite in self-defense, too. I can speak from experience that it is not pleasant. 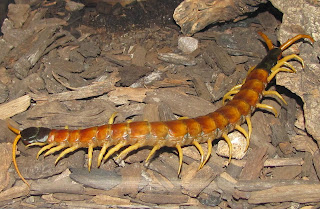 Centipedes, fast-moving, snake-like arthropods with “too many legs,” are venomous, their first pair of legs modified into fangs they use to subdue their prey or defend themselves. Scorpions, arachnids related to spiders have a venomous stinger at the end of their telson (“tail”), but only the “bark scorpion,” Centruroides sculpturatus, is dangerously venomous. It occurs only in Arizona, western New Mexico, southern Nevada and Utah, and extreme southeast California.

The term poisonous means that an organism is toxic if ingested (swallowed). A startling number of insect species actually are poisonous and it pays to learn which ones, especially if you have curious toddlers prone to putting things in their mouths. Fireflies are very poisonous, as their bodies contain lucibufagins, toxins closely related to the toxins in toads. 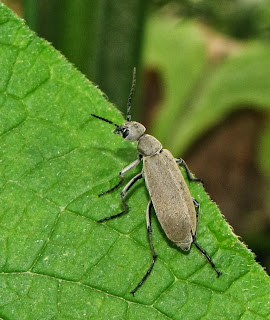 Blister Beetle, one of many species

Blister beetles (image above) are aptly-named, for when molested they ooze a liquid substance containing cantharidin, an irritant that can raise blisters on sensitive skin. Even worse, if eaten, they can be lethal. Ranchers must be careful that blister beetles are not accidentally baled in hay. Horses that swallow beetles along with hay can die.

Millipedes, slow-moving, worm-like arthropods with lots of legs, are vegetarians, but most can defend themselves with harsh chemical secretions. Some species, like the one shown below, ooze cyanide compounds to repel potential predators. Others produce substances that can stain, or even burn, the skin. 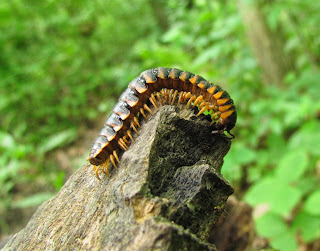 Luckily, many venomous and poisonous insects and spiders are aposematic. That is, they are marked with bright, contrasting “warning colors” such as black and yellow, orange, or white. There are many completely harmless insects that mimic those dangerous species, but when in doubt it pays to avoid handling brightly-colored animals.

While I do want people to find fascination in insects, spiders, and other invertebrates, I also want the public to stay safe and healthy. Be careful out there.