Several factors have conspired to create a perfect storm of unrealistic expectations when it comes to insect identification these days. The digital age has meant that entomologists are more accessible to the general public than ever before; that it is possible to capture a stunning image with a smartphone; and that social media has accelerated the broadcast of incorrect information. Naturalists who are branching out from the pursuit of vertebrates seem stunned to learn that not every insect or spider can be identified to species from visuals alone. Here are the top reasons why you may fail to achieve a species-level identification from myself, or any other entomologist or arachnologist online. 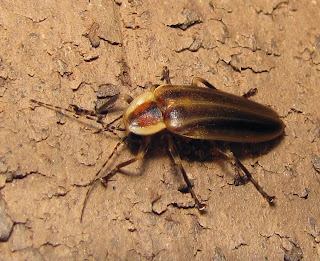 Photuris sp. fireflies are best identified by the flash patterns they blink at night
Posted by Bug Eric at 4:30 AM