Edward S. Ross: A Gentleman and a Scholar Passes

Much of the enthusiasm I had for entomology as a child can be attributed to scientists who made a point of publishing in popular magazines. Perhaps no one did I hold in higher esteem than Edward S. Ross, a pioneering photographer of insects and other arthropods, whose work appeared semi-regularly in the pages of National Geographic Magazine in the 1960s and 1970s. On March 16, Dr. Ross passed away at age 100. I venture to say he leaves a legacy that will last at least another century. 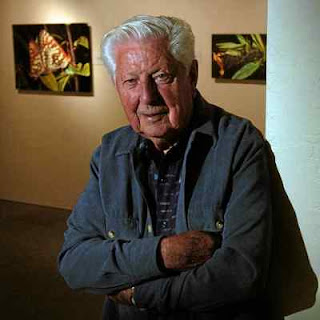 Beyond his accomplishments as a photographer and writer, he was the world authority on web-spinners, bizarre insects of the order Embiidina (formerly Embioptera). There are few species in North America, and even some of them were introduced from elsewhere, so Ross had to travel the globe in pursuit of specimens. Naturally, he described countless new species in the process. 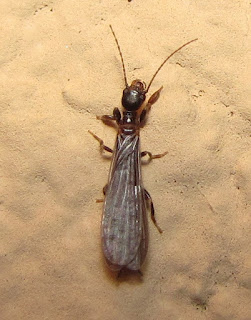 Most of his expeditions were under the auspices of the California Academy of Sciences, with which he was affiliated for 75 years. He became Curator of Entomology there, and eventually Chairman of that department as well. A more complete biography can be found online at the Marin Independent Journal. 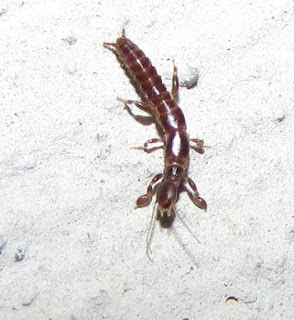 Female Oligotoma web-spinner from Arizona. They spin silk from glands in their "Popeye arms."

What I treasure most is a letter I received from Dr. Ross in response to one I had written to him. I easily found it in my files, as it offers timeless advice; and it speaks to just how much scientists of his era felt obliged to mentor the next generation. Here is the text of that document:

I am on the eve of departure on a 6-month trip (via VW camper) to N. Africa, Turkey, etc., and haven't time to do justice to a reply to your many questions. If I have had success, it is due to an evolutionary process much of which was based on my photography - not writing.

The publication of "Insects Close Up" in 1953 was very helpful but, with a distribution of 20,000 copies, it stimulated competition. I also have a good, world-scope research project which brought me to many exciting photographic and writing subjects. I don't even begin to tap my resources.

I would advise writing articles for outlets, such as Ranger Rick, before tackling Natl. Geographic. The subjects must 'well up' within the writer - an article should never be written simply to write an article. Start with expositions about things you know well. Another approach is little-known info about familiar subjects. In general, articles should be journalistic - have a philosophical point - and not be simply descriptive.

I believe that Natl. Geo. has a pamphlet on 'How to Write for Natl. Geographic.' You might write and obtain a copy. Sorry, I just can't write more in the time available. In great haste."
Sincerely,
Edward S. Ross 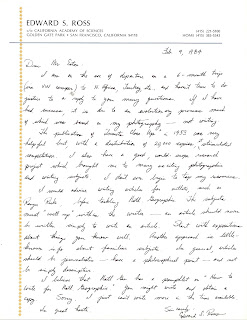 Interestingly, I did end up writing a couple of articles for Ranger Rick. I also queried National Geographic and received positive interest, even though nothing ever became of my proposal. Were it not for the wisdom of my elders, I can guarantee I would not be where I am today. There is simply no way I can adequately express my profound appreciation of their time and nurturing character.