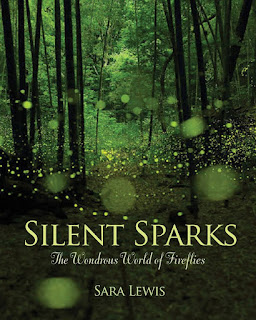 Sara Lewis won me over from the very beginning of her book Silent Sparks: The Wondrous World of Fireflies, then kept me captivated right through to the "Notes" in the back. This offering from Princeton University Press is literally the gift that keeps on giving. More on that in a moment, but prepare to be dazzled and amazed in the meantime.

The thing that got my attention right away occurred in the preface. Dr. Lewis writes "Confessions of a Scientist Enraptured," and strikes a chord with the major reason I dropped out of college:

"And I've tried hard to retain my sense of wonder. But wonder, it turns out, doesn't garner much respect within the realm of academic science. We academics are rewarded for our scholarly productivity----getting research grants and writing technical articles that report our discoveries. Few scientists openly admit to being motivated by wonder. By some unspoken rule, a scientist's feeling of awe for the natural world must be kept under wraps; to acknowledge wonder is tantamount to unreason, and therefore treason."

The fact that Lewis is able to not only maintain her own sense of wonder, but actively spark it in her readers, is the whole heart of this book. 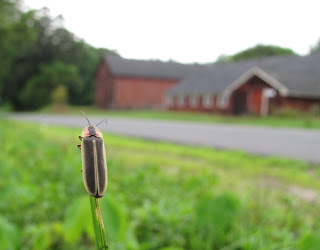 Photinus sp. firefly on a farm

Lewis does not talk over the head of her audience, but neither does she talk down to non-scientists. There is a glossary in the back of the book, but she defines technical terms the first time she uses them in the text. While the book is not lavishly illustrated, her words paint vivid pictures on the pages that lack graphics. You are transported to the dewy meadow at midnight, and the laboratory back on campus. You gaze with new perspective off the back porch at your own lawn; and travel to far-off lands to witness synchronous spectacles that defy your imagination. 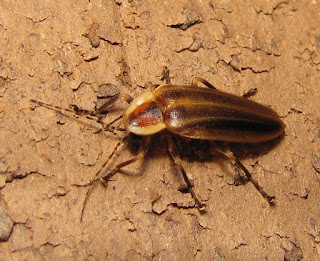 You also meet a number of Lewis' colleagues and mentors, and get a feel for who they are and what motivates them to study fireflies. It would be easy to go overboard and focus mostly on the human element in the story of any invertebrate, as many authors do (Sue Hubbell, Richard Conniff for example), but Lewis recognizes the ability of organisms to be sufficiently captivating in their own right, and retains focus on the fireflies, not the scientists studying them. I heartily applaud this aspect of her writing.

Because fireflies are so diverse, and with few exceptions not impactful to humans in the economic sense, we consequently know very little about them. Most of the advances in our collective knowledge have come within the past couple of decades, thanks in part to our ability to deconstruct DNA sequences and reconstruct new paths of evolutionary relationships. Silent Sparks provides an outstanding summary of our history of scientific inquiry into the Lampyridae, and then encourages the reader to enlist herself or himself as a citizen scientist to expand our horizons even more. By the end of the book you will be writing the author in application to be on her lab team. 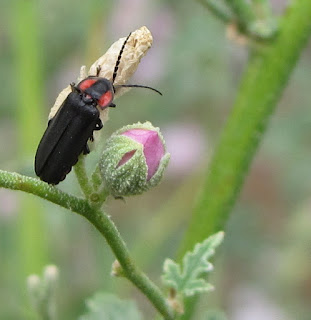 There are few errors or omissions in this book to even bother to nit-pick, but one baffles me completely. In the chapter "A Field Guide to Common Fireflies of North America," the genus Pyropyga, one of the "dark fireflies," is inexplicably omitted entirely. Pyropyga is by far the most common firefly where I live on the Front Range of Colorado, and also in the southwest U.S., but species are found across the entire continent. I have seen them virtually every place I have ever lived. 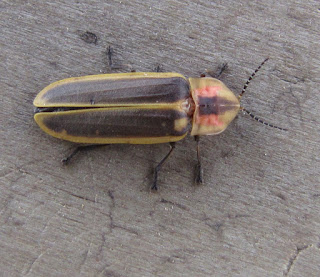 Ok, so how does this book keep on giving? Lewis has complemented her treatise with an interactive book blog that is an ingenious way of keeping you up to date on the latest scientific findings, providing more information for specific species and genera, and otherwise involving her readers in the process of discovery. She has also given a TED Talk on the subject of fireflies. Oh, and don't forget the book itself has a whole chapter called "Stepping Out - Further Firefly Adventures." There you will learn how to become your own scientist and contribute to what we know about fireflies. The "Notes" are rich in additional publications, links to online resources, and other material. 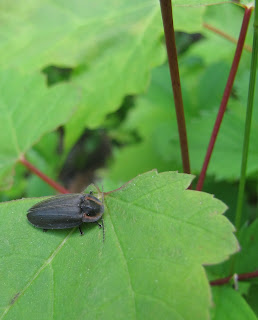 This hardcover work, priced at $29.95 U.S., is a must addition to the library of every naturalist, even if they specialize in other organisms. It is a brilliantly organized volume rich in both content and inspiration. Well done, Sara Lewis.