An Insect "State of the Summer" Report

Here in Colorado Springs, Colorado, and elsewhere in the state, it has been anything but a normal summer. Not that there is any such thing as "usual" in this age of aridification and climate change, of course. What follows are personal, anecdotal observations related to weather, insect diversity, and insect abundance so far this season. 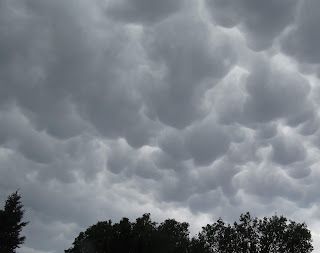 There are only three words needed to describe the weather this summer: Hot, dry, and stormy. We have had recent stretches of ninety-plus degree days, well above the expected average. The excessive heat has been punctuated by severe thunderstorms. At our home, we have had more hail events this year than in the five-plus previous years that I have lived here....and we were lucky. One major hail storm dumped baseball-sized ice balls on the city of Fountain, just a few miles down the highway from Colorado Springs. Repairs to vehicles and roofs and other damaged property will take months and cost many thousands of dollars. 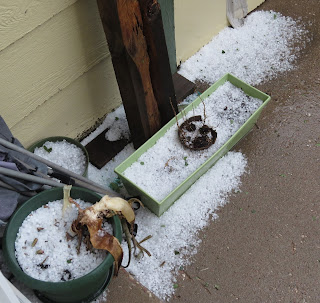 Accumulated hail in our backyard today!

Beyond the city, at least fifteen wildfires have burned thousands of acres of forest and grassland, rendering wildlife habitat and recreational destinations unfit for man or beast for years to come. That does not even address the human dwellings and other structures that were lost in the blazes. Now, heavy rains like we had at our home today will cause flash flooding over the burn scars, and lead to water damage at the bottom of slopes. 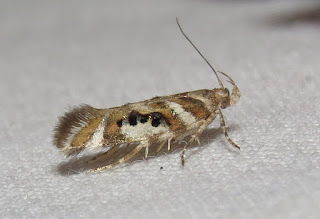 Aristotelia elegantella, a tiny twirler moth new to our yard

Insect diversity appears....relatively stable, though it is difficult to assess for reasons that will become clear later in this story. Interestingly, every time I turn on our backyard blacklight I seem to attract some species new to me and new to our growing "home list" of animal organisms that now exceeds 440 taxa (levels of classification from Kingdom to species and every level in between). I have managed to excite even seasoned moth experts with some of the nocturnal Lepidoptera that are turning up. We have even had a pine sawyer (Monochamus clamator) and bark beetles (Dendroctonus sp.) come to the blacklight. I suspect someone brought firewood down out of the mountains and the beetles are emerging from it. 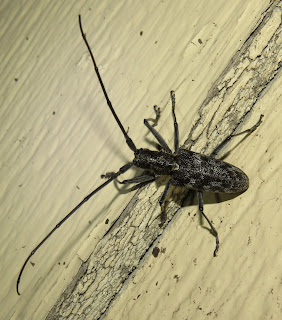 Numbers of individual insects are way down. I have to work hard just to find species normally overwhelmingly present. It is this situation that has made assessing diversity more difficult. It is disturbing to note how few insects there are visiting wildflowers, but wildflowers are fewer and farther in between, too, smaller in size and lower-growing than usual, making it difficult to detect them, let alone any pollinators. Yellow Sweet Clover, Melilotus officinalis, an exotic invasive that is now well-established throughout the U.S., and its relative White Sweet Clover, are overwhelmingly abundant this year. They normally attract plenty of pollinators, but I find almost none. 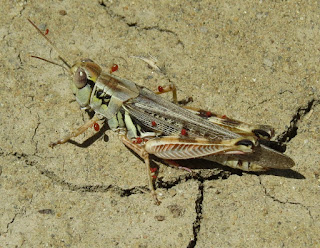 Another worrisome observation is that the few arthropods doing well are mostly parasites of other arthropods. Parasitic mite loads on grasshoppers are in some instances frighteningly high. Bee flies are doing well but their hosts, solitary wasps and bees among others, are not prospering. Cuckoo wasps and cuckoo bees are at about average density and distribution. 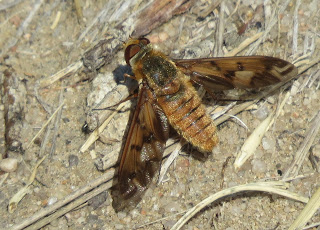 Bee flies, like this Poecilanthrax arethusa, seem to be doing fine

Even the European Paper Wasps nesting on our back gate have failed to produce more than about two new workers the entire summer so far. That is shocking since they are among the most successful of social predatory wasps.

Should this year be the beginning of a trend, it would be devastating. Our drought-stricken landscape needs to be watered with historically normal rain patterns or another Dust Bowl will be upon us, threatening not only wildlife diversity but human sustenance in the form of crops and livestock. The forest wilderness cannot take further fragmentation if wildlife populations are to endure, especially large predators that require vast individual territories for hunting and rearing offspring. We need to start treating our own properties as potential wildlife habitat, planting with native vegetation. It may be that we also need to assume some degree of latitudinal climate change and plan accordingly, adopting drought-resistant cultivars into our landscaping. 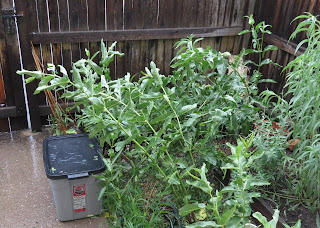 What are you observing where you live? Share your stories and concerns and possible solutions. This blog is a community built by all of you, please speak up.