NOTE: This is an update of my original blog post from August of 2010, with some new images. 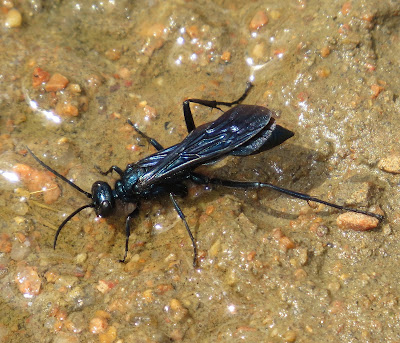 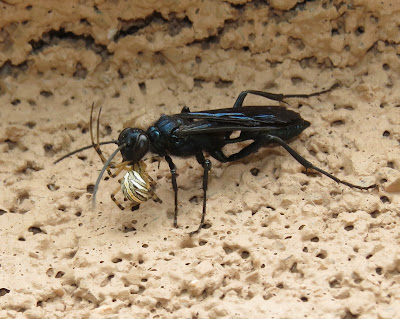 Blue mud daubers are solitary wasps in the family Sphecidae. Females take over abandoned nests of their cousin, the Black and Yellow Mud Dauber, Sceliphron caementarium, or, in many cases, evict the larval tenants and food stores of active mud nests. While Sceliphron gathers mud to make her nest, Chalybion carries water to an old nest to soften it and remold it to her needs. The result is a very lumpy version of the normally smooth Sceliphron nest. 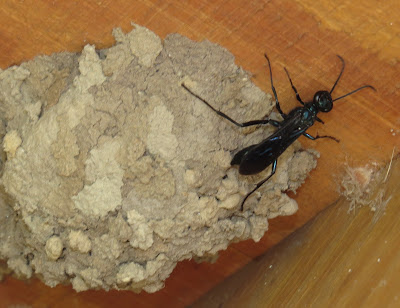 Chalybion makes up for any engineering deficiencies with a persistent, clever, and energetic approach to catching prey. The female wasp is able to land on a spider web without getting entangled, then do a convincing impression of an insect that is in distress. She vibrates the web and draws the spider out. The poor arachnid comes dashing down a thread expecting dinner and instead seals its own doom. The blue mud dauber stings the spider into paralysis and flies it off to her nest. 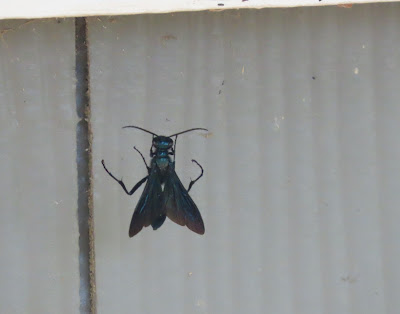 A female Blue Mud Dauber in Kansas, USA begins her hunt by alighting on non-sticky threads of a cobweb weaver's snare.... 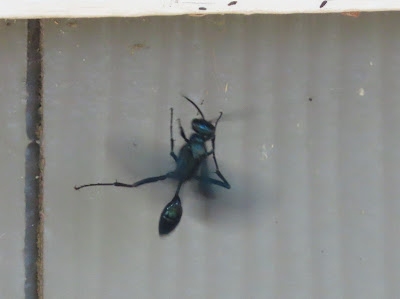 Fanning her wings, she vibrates the web to simulate a struggling insect.... 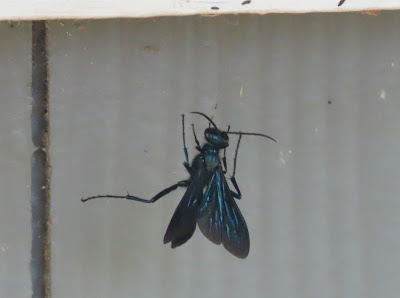 Now she awaits the spider's response.... 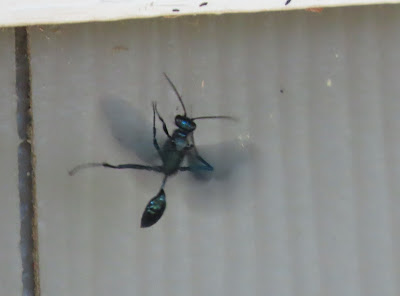 Nothing....so one more try at luring the arachnid.... 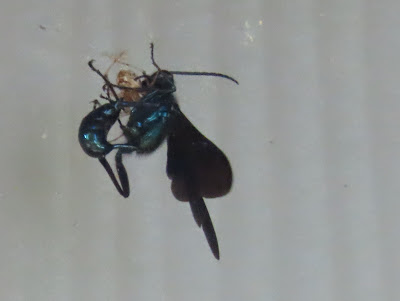 Success! The spider rushed to the wasp so quicly that I missed the shot. The wasp stung the spider in a nerve center and it was immediately paralyzed. 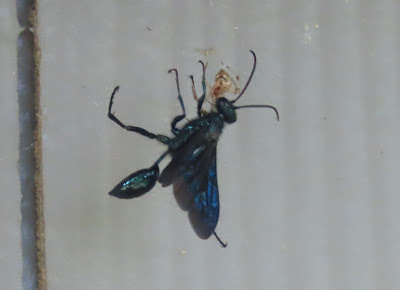 Extricating the spider from its web, she flies away with her prize. 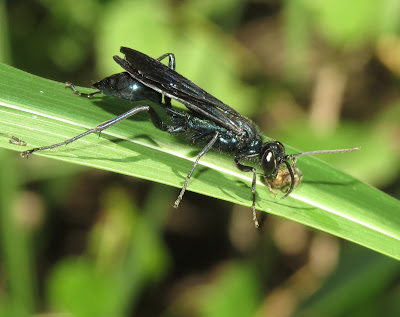 Female Blue Mud Dauber dismembering a spider in order to feed on its hemolymph (blood). I do not know how frequently the wasps do this.
Missouri, USA 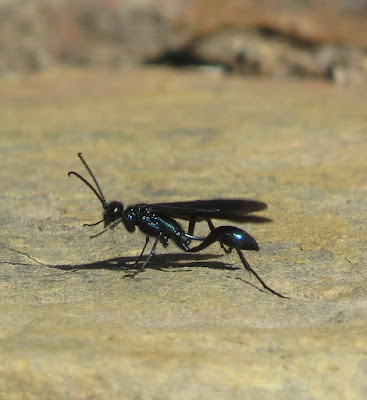 Male mud daubers are far less industrious than their female counterparts. Their sole mission is to father the next generation.

Meanwhile, they are content to sip nectar from flowers or extrafloral nectarines. They also like oozing sap from wounded trees and, perhaps most of all, the “honeydew” secreted by aphids and scale insects. Both genders of mud daubers like this delicacy, which is nothing more than the sugary liquid waste produced by those sap-sucking buggers. 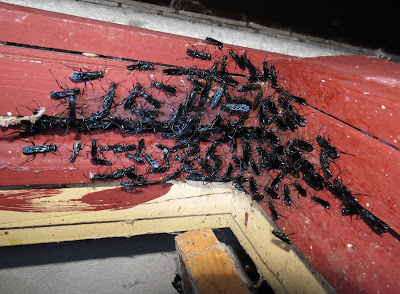 After a heavy day of drinking, males may gather in “bachelor parties” to sleep it off during the night. These congregations of normally solitary wasps can cause a bit of anxiety in people who confront them. Take a look at this image and comment thread for an example. 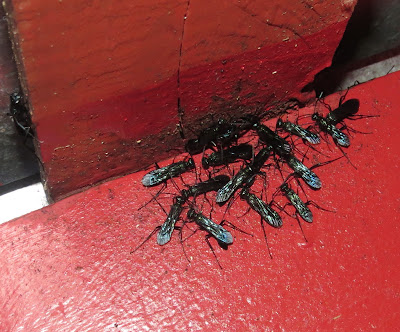 A smaller group of males in Georgia, USA

It should be noted that there are actually two species of Chalybion found north of Mexico. C. californicum is transcontinental in the U.S. and southern Canada, while C. zimmermanni ranges from Tennessee and North Carolina south to Florida and west to Texas, Arizona, and into Utah. I am curious as to whether these specimens I photographed in southern Arizona are C. zimmermanni given the white, not dark, hairs on the thorax; and the smoky, rather than violaceous, wing coloration (see below). 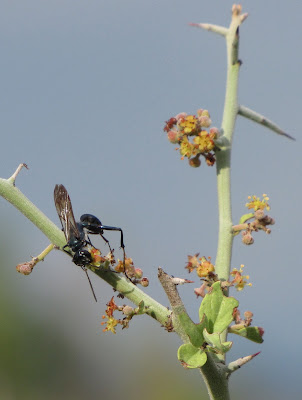 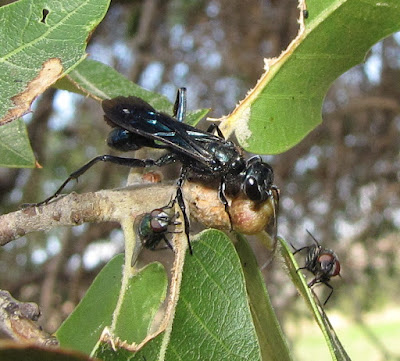