It has not been my intent to deprive you of new content on this blog, but personal realities have dictated that I put my energies elsewhere, or have actively blocked my creative mindset. My internal motivations have been dealt devastating blows by external events that leave me wondering if I am making a difference. Meanwhile, I still deal with financial struggles and my aging father's circumstances.

The last (or at least latest) straw is what happened this week with U.S. Fish & Wildlife approving construction of a Walmart and strip mall on one of the last large parcels of imperiled pine rocklands habitat near Miami, Florida. Bulldozers began their devastation on Thursday, but thanks to a lawsuit by the Center for Biological Diversity, and a court order issued by heroic U.S. District Judge Ursula Mancusi Ungaro, the engines of destruction have been shut off, at least for the time being. 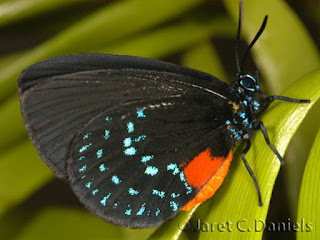 This dire situation, to be fair, is the end result of poor management by a number of property players. According to Save The Pine Rocklands, the Richmond pine rockland tract was formerly owned by the University of Miami, which acquired the area for free as military surplus land, in 1981 and 1997. The university then sold eighty-eight acres, for $22 million, to Ram Realty Services in 2014. It is Ram that is behind the "Coral Reef Commons" project that would include a Walmart, LA Fitness, Chick-fil-A, and Chili's; plus a 900-unit apartment complex. A mere 40 acres would be spared as a "preserve."

Since this habitat depends on regular fire events for its existence, one has to wonder how apartment residents and business patrons would tolerate prescribed burns for ecosystem maintenance. That is not to mention whether the forty acres falls below some minimal territorial threshold for which a species could no longer survive. It also bears consideration whether pressure for continued economic development would not eventually compromise the rest of the property. You did it once, so you have set a precedent. 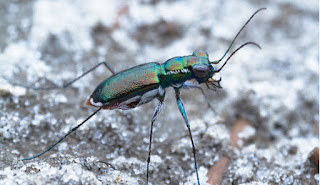 The pine rocklands are home to a diverse and unique assemblage of organisms, including critically endangered species. Among those are the Miami Tiger Beetle, Cicindelidia floridana, found nowhere else on Earth. The Atala (Eumaeus atala) and Bartram's Scrub-hairstreak (Strymon acis), both butterflies, also exist in no other ecosystem. Florida Bonneted Bat is also at risk. Thirty-one plant species occur there exclusively; and a total of nine federally endangered species call the pine rocklands home.

This is just the latest crime against our natural heritage as the President and his appointees go about dismantling all environmental, consumer, and labor protections for the benefit of an extreme minority of extremely wealthy individuals and corporations. This not politics, it is policy. Very, very bad policy that will negatively impact you, personally, at some point. 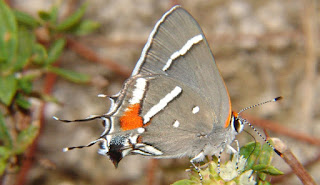 The recent actions by the U.S. Department of the Interior, where the National Park Service and U.S. Fish & Wildlife agencies reside, have been decried as "dereliction of duty," but that is being too polite. This is outright theft of public lands and should be prosecuted as such. It is not failure to fulfill institutional mandates, it is criminal behavior.

I pride myself on presenting you with an unbiased, apolitical blog here, but I have my limits of tolerance. Those limits have been vastly exceeded over the last few months, and I do not foresee improvement any time soon. I hope you will respect my personal desire to protect your right to your "pursuit of happiness" as it involves observing and enjoying the natural world in intact ecosystems. I also urge you to stay silent no longer. Thank you.