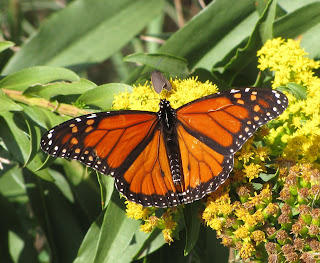 The media, and overzealous advocates for the Monarch butterfly, Danaus plexippus, have convinced the public that the sky continues to fall. Recent headlines about how the Monarch is going extinct because the overwintering population in California is at a low ebb, down 86% in one year, elicit fear for the butterfly's future. The constant drumbeat of dire situations for the insect is one of several tactics used to keep the Monarch in the spotlight.

Meanwhile, it was also announced that the census of the overwintering Monarchs in Mexico showed an increase of 144%. These discrepancies in abundance from year to year are typical of large populations of pretty much any organism. So, why the panic?

The Monarch is the Giant Panda of invertebrates. It has a lobby built of organizations that stand to lose money unless they can manufacture repeated crises. Well-intentioned as they are, they are siphoning funding away from efforts to conserve other invertebrate species that are at far greater risk. The Monarch is not going extinct. It is even found on other continents. Only in North America is there the spectacular phenomenon of long-distance migration, but to date not a single population has perished. 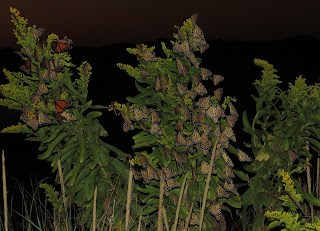 A popular argument for making the Monarch an invertebrate icon is that "being such an icon has really helped us reach the average person about habitat and native plants and conservation, and by extension, the environment and climate change," as one friend on social media put it. Well, if only that were true. If people who care about the Monarch had any understanding of ecology at all, they would not be complaining that "there are beetles eating the milkweed I planted for Monarchs!" They would not be devastated because one wasp killed one of the caterpillars. They would not ask "how do I get rid of [insect x] and still keep my butterflies?" Nature does not work that way. It does not allow you to play favorites.

Those who rear in captivity Monarch caterpillars found in the wild rarely understand the complexities of the insect's life cycle. Fertile female butterflies flit leaf to leaf, "tasting" each milkweed plant by scratching the foliage with their tarsi (feet). This irritates the plant, causing it to reveal just how toxic it is. Milkweed plants, named for their milky sap, contain potent toxins called cardiac glycosides. Monarchs have evolved not only to cope with those poisons, but to sequester them for their own defense, advertised in the caterpillars by a bold pattern of black, yellow, and white bands. However, many individual milkweed plants are still too toxic to be consumed by insects. 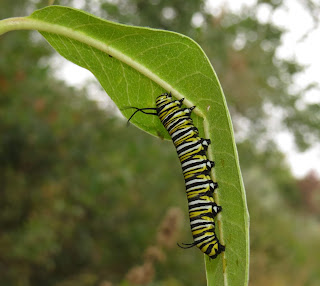 Walk through a large patch of milkweed and plant after plant may be devoid of Monarch caterpillars, milkweed beetles, weevils, aphids, and other milkweed specialists. Then, one plant....everybody. They all found the weakest plant, still toxic, but not deadly to them. People who rear Monarchs may not understand this and wonder why their caterpillars are eating poorly or even dying.

Ok, enough complaining about an undereducated but compassionate public. Are there solutions? Yes. Number one, entomologists and naturalists need to stop obsessing over Monarchs and do a vastly better job of teaching about how ecology works, stressing why we need to foster and tolerate all organisms, regardless of whether they are likeable. We must advocate for landscaping with native trees, shrubs, and flowers of all kinds through programs like Habitat Hero by Audubon Rockies. We need to address city codes and the rules of HOAs to reflect the importance of doing away with manicured lawns and exotic plants that offer no habitat or sustenance for wildlife. The nursery industry needs to come around and support initiatives for natural landscapes at the personal property level, in business and industrial parks, and along road corridors.

Thank you, this concludes this public service announcement, brought to you by face-palming entomologists everywhere who study insects other than the Monarch.