The Sticky Truths About Claims of Disappearing Insects

What evidence is there of an "insect apocalypse" or "insect armageddon," as the press has dubbed this phenomenon since it first made headlines in late 2017? The consensus from scientific circles appears to be that concrete data is needed to complement what most are calling anecdotal observations of plunging insect abundance. There is also the recognition that quantitative studies will be difficult to produce. Meanwhile, we should be rightly concerned in light of well-known factors leading to localized insect population decreases. 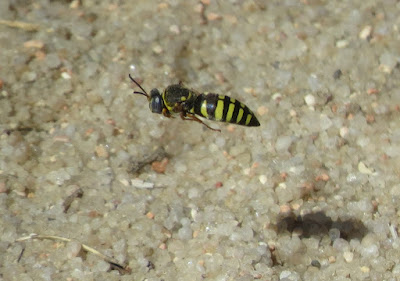 Science in general is suffering from a lack of public faith due to at least two major problems. The first is perceived inconsistency. One day you hear that coffee is bad for you, the next you learn you should be drinking two cups per day. The other issue is one of guilt by association with government or industry. Scientific research is typically funded by either the federal government or the R & D (research and development) departments of private corporations. Cynical citizens will claim that both government and industry have agendas and they get the research results that they pay for.

The media tends to amplify both of these concerns, and if you don't read beyond headlines you are likely to throw up your hands and conclude that you cannot trust science about anything, from dietary recommendations to vaccinations to climate change. Science will tell you not to trust the media, but go straight to the source, which is usually a scientific paper or journal article that will be borderline incomprehensible to the average person.

A third problem with the public trust is simply a lack of understanding of how science operates. Science learns through observation and/or experimentation. The scientist begins with a hypothesis, an assumption if you will, that is then proven or disproven through the scientific method of experimentation. Observed results must be reproduced by other scientists before the hypothesis is accepted as fact. This process may take years or even decades.

The digital age has reduced our attention spans and patience to a fraction of what is necessary to appreciate the scientific method, and so we jump to unsubstantiated conclusions with far too much regularity. Advertising masquerades as science. We surround ourselves with friends on social media who echo our beliefs and suspicions. All of those voices are magnified by our favorite conservative or liberal news outlet.

This is the state of literacy, or lack thereof, that science faces, including entomologists trying to give perspective to the dire reports of catastrophic insect collapses. The fact is that we do not have a proper historical baseline for comparing previous abundance of insects with current populations anywhere on the planet. We cannot do quantitative analyses retroactively, so the best science can do is begin that work now. By the time a conclusion is reached, it might be too late to act to avert a biodiversity and biomass disaster if one is in the offing.

What science cannot do is mandate action in the face of any of its findings, and that is equally problematic. We have known for a long while that overuse of pesticides is a problem, regardless of whether it is a factor in the decline of insect populations as a whole. We understand habitat destruction and fragmentation is the greatest threat to all species, yet our cities continue to sprawl, new roads and other physical barriers cut off migration and dispersal paths, and the scale of agriculture grows by leaps and bounds.

The conclusion I reach from this perspective is that it probably does not matter if there is a crisis in insect biodiversity and abundance because we are not acting decisively enough, or on a large enough scale, to address the other crises for which we already have agreement. It boils down to this: You can have unlimited individual and corporate wealth, or you can have a healthy planet. You can trust in the scientific method, or you can wear the blinders of ignorance and superstition.

Products are not going to be the answer to our global ecosystem problems. Scaling down the economy, agriculture, and natural resource consumption is key. Making a personal commitment to landscaping with native plants, growing a modest amount of your own food, aspiring to zero waste, and driving internal-combustion engine vehicles as little as possible will make more of a difference than you know. Seeing fewer smashed insects on your windshield? Maybe all the other cars already hit them.

Sources: Yong, Ed. 2019. "Is the Insect Apocalypse Really Upon Us?," The Atlantic
Saunders, Manu. 2019. "Insectageddon is a great story. But what are the facts?," Ecology Is Not A Dirty Word
Anonymous. 2019. "On the Fate of Insects, Most Troubling is How Much is Still Unknown," Entomological Society of America.
Anonymous. 2019. "Light Pollution a Reason For Insect Decline," Phys.org