The Entomologist on the Internet

Interviewing with Alie Ward on her wildly popular Ologies podcast got me thinking about the internet from the perspective of entomologists, both professional and aspiring amateur. You simply cannot take anything too seriously. You must laugh at yourself when you do. Here are some broad categories of fun and frustration for your entertainment. 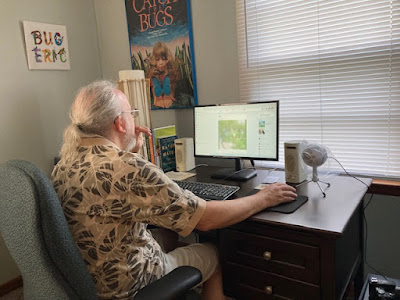 One enduring complaint of professional entomologists is memes. They are nearly always an oversimplification, if not outright misinformation, intended to be the last word on the subject. Memes are sometimes insulting, insinuating that anyone holding a different view is illiterate or worthy only of ridicule. Mostly, memes reveal more about their creator or re-tweeter than they do about the audience, let alone the subject. Those memes that are obviously humorous are the ones I like best. I have even created a few of my own. 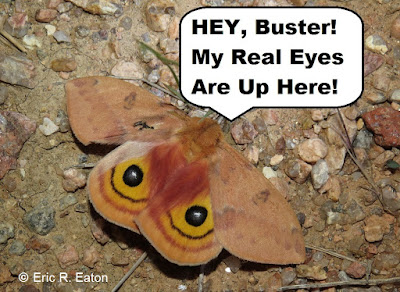 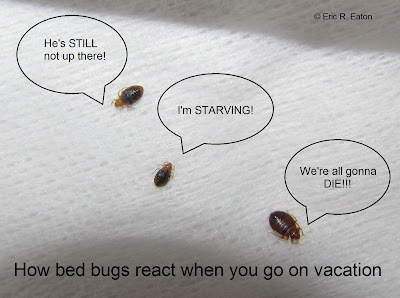 One of my favorite scenarios is when someone who wants a particularly large insect or arachnid identified places some object next to it “for scale.” The object is frequently monetary currency, a coin for smaller creatures, and some paper denomination for larger organisms. I cannot resist retorts like “This just in, spiders begging for money, film at eleven,” or “Please do not give them money, they will only use it to buy pheromones.”

Other objects include pocket knives, car keys or fobs, disposable cigarette lighters….Terrific. The insect isn’t scary enough, we have to give it a weapon, too? “That one looks like it is going to kill you with fire!” “What you have there is a nymph, it’s not old enough to drive!” I try to provide legitimate identifications for people making those requests, but I enjoy having a little fun, too. 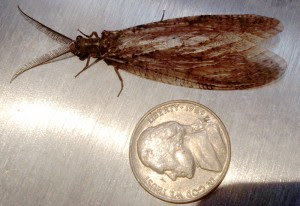 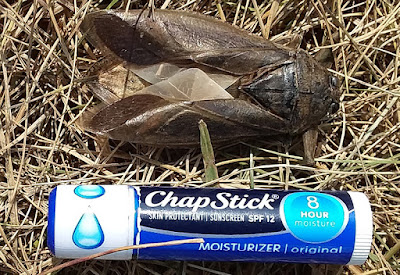 At least this giant water bug got some lip balm out of the deal (© WhatsThatBug.com)

A truly agonizing situation is when some random individual posts images of an insect or arachnid I have been dying to see myself and never found. Why? Why?! (grimaces skyward, shakes fists in air). In fairness, the person posting had to have some degree of curiosity to bother photographing the thing, but too often I still convince myself that true appreciation of the animal has been wasted on this dude at his barbecue.Someday I’ll see a living Rainbow Scarab beetle, or a California Horntail wasp. Right? 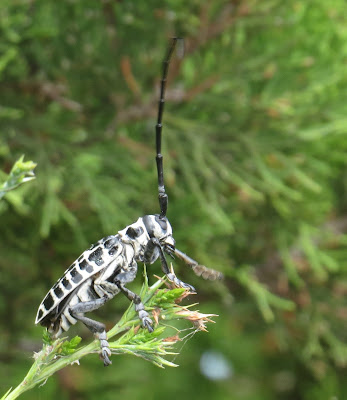 My only glimpse so far of a Cottonwood Borer, Plectrodera scalator, in Salina, Kansas
Posted by Bug Eric at 6:37 PM