I was immediately intrigued by the idea of an "ode blitz" whereby participants try and find as many species of damselflies and dragonflies as possible in a given area in a given period of time. When I saw the name Kathy Biggs attached to the New Mexico event, I was sold. What surprised me is how many other people showed up. The final attendance was nearly forty naturalists and photographers, none of whom could be reasonably called "amateurs" if you ask me. 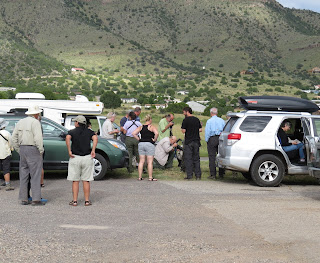 Friday, August 28, we all convened at La Tienda del Sol, a gas station/restaurant in San Lorenzo, on highway 35 just north of its intersection with highway 152. We couldn't even get out of the parking lot before we were all compelled to photograph a cute little Greater Short-horned Lizard. Such is the nature of true naturalists, and we wouldn't trade our susceptibility to distraction for anything. 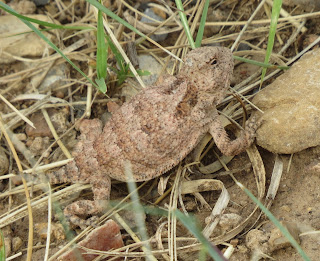 It is quite literally a long and winding road to get to Gila Cliff Dwellings National Monument. Highway 35 goes up and down and side to side at the same time over most of its length. This is a very scenic drive, with overlooks here and there. 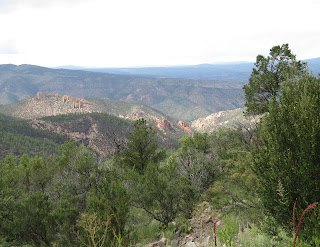 Upon reaching the entrance to the monument, we were summoned to view a very large specimen of the Crevice Spiny Lizard, a common species here, clinging to a sheer cliff wall rising from the edge of the parking lot. Glancing at a tree even closer to us, Heidi exclaimed that there was a dragonfly perched in it. Several photos and opinions later, it was determined to be a male Persephone's Darner, Aeshna persephone, a "lifer" species for most of us. 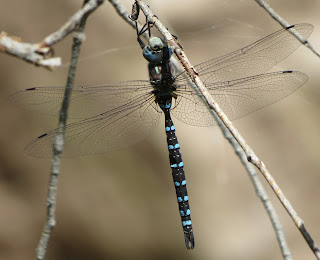 Our destination for the day was not the cliff dwellings, but the West Fork of the Gila River. We had to wade the shallow watercourse, but it was well worth getting wet. Given the high air temperature, it was actually quite refreshing to have one's feet in the cool water. 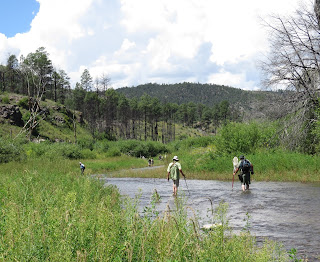 West Fork of the Gila River

It did not take long to find plenty of dragons and damsels, either. Canyon Rubyspot damselflies, Hetaerina vulnerata, were abundant on overhanging twigs and reeds. A warm spring, branching off the main river, fostered much emergent vegetation through which other damselflies wove in and out in flight. 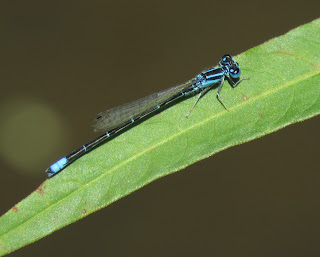 Mexican Forktails, Ischnura demorsa, were common, but among them were Painted Damsels, Hesperagrion heterodoxum, the males of which were simply spectacular. 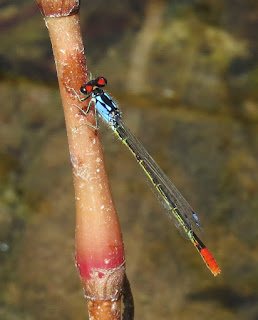 A larger ode cruised up the narrow spring, and it was determined to be a real surprise: a male Cardinal Meadowhawk, Sympetrum illotum. This is one I tend to think of as more typical of *northern* climates, but yet here it was. 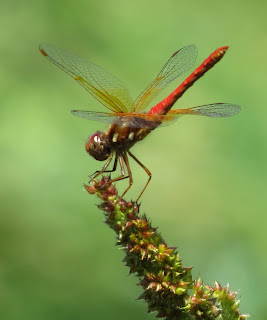 Back out in the main channel were the river dragons: clubtails, family Gomphidae. All of them were species new to me, and surprisingly easy to get close to with my camera. 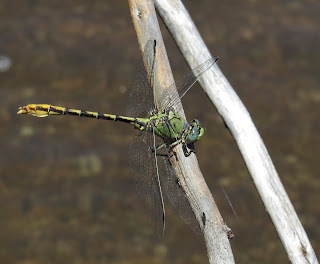 The Arizona Snaketail, Ophiogomphus arizonicus, was pretty easy to identify by its almost solid-green thorax. My favorite was the Serpent Ringtail, Erpetogomphus lampropeltis, with a turquoise thorax. 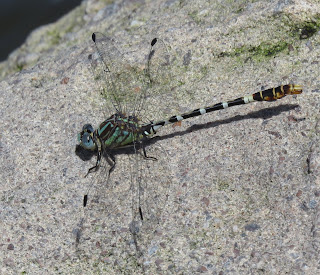 Both species like to perch on objects in the middle of the river, or vegetation hanging way out over the river. 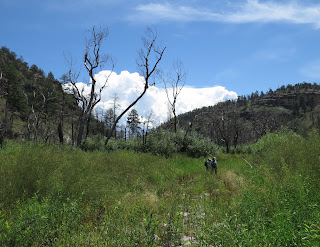 As storm clouds encroached, we made our way back to the parking lot. We'd built up quite an appetite, so lunch was a welcome break. Afterwards we went down the road a little and tried to find a few more species downstream from where we had been earlier. The overcast skies were not helpful, but we did find a male Red Rock Skimmer, Paltothemis lineatipes, perched on the shore. Another member of our party also spied a Western Tiger Beetle, Cicindela oregona. 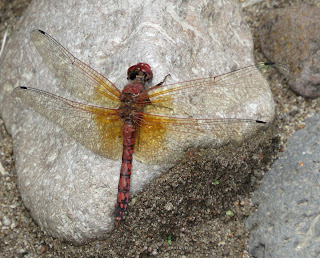 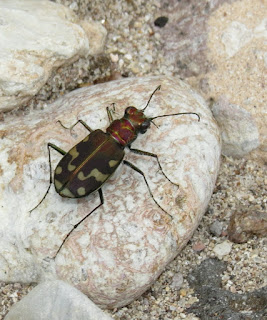 We went our separate ways in the late afternoon, but a few of us stopped at another spot closer to the town of Mimbres, where there is a valve regulating water flow, with a seep running down a cliff face. Public access was not allowed there, but we still spied a Red-spotted Purple butterfly, the entrance to a paper wasp nest, and a couple other insects. 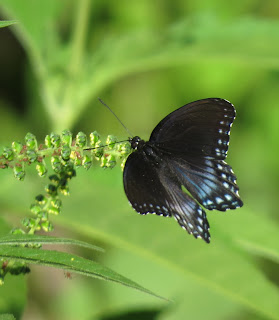 Later that evening, we connected with our good friends Dave and Shelley Small, visiting from Massachusetts. They were staying in a lovely rental home in Pinos Altos. There, our attention turned to moths and other nocturnal insects that were attracted to the lights Dave had set up. The most conspicuous creatures were tree crickets, males singing from seemingly everywhere. It was a wonderful, relaxing end to the day. 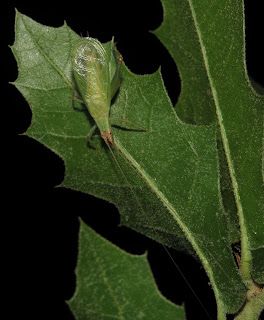 We were just getting started, though. Next up, the Middle Fork of the Gila River. Stay tuned.