What's in Your Home?

A recent study revealing the surprising diversity of invertebrates in the average American home has been publicized in the last week through articles in a plethora of magazines, newspapers, and online outlets. Among them are The Atlantic, Wired, the News & Observer, Entomology Today, even Science Knocks on YouTube. The question for you, dear reader, is "what's in your home?" 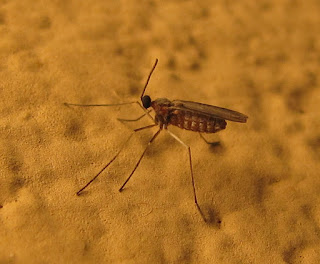 The actual study, if you want to read it, was published in the journal Peer J, under the title "Arthropods of the great indoors: characterizing diversity inside urban and suburban homes". Matthew A. Bertone, Misha Leong, Keith M. Bayless, Tara L.F. Malow, Robert R. Dunn, and Michelle D. Trautwein are the authors. They did a systematic but gentle job of capturing specimens in 50 homes in and around Raleigh, North Carolina, USA. We should also applaud the homeowners who volunteered for the study.

I think I would be highly embarrassed to have anyone see the condition of my own home, though I do proudly assert that I am not a lousy housekeeper, I am promoting biodiversity! In fact, I have kept track of the arthropods in our Colorado Springs townhouse the last four years, and though I haven't even emptied the light fixtures to see what bugs have died there, or otherwise done a thorough examination, I have found at least 28 species of arthropods.

That total is apparently low on the spectrum revealed by Bertone and his colleagues, who found 32-211 "morphospecies" per home. A morphospecies is a specimen representative of something that is easily differentiated from other organisms, but not identifiable to a true species without much closer examination. Now I really am sheepish. I'll have to look harder. 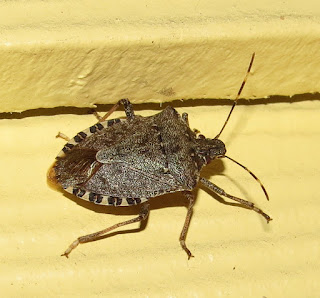 Winter is actually a great time for indoor bug-hunting because you have species that are ever-present, but also those that have made their way indoors for the winter, like Multicolored Asian Lady Beetles, Brown Marmorated Stink Bugs, and Western Conifer Seed Bugs. That firewood you brought in might spawn some longhorned beetles and other wood-boring insects, too.

It is encouraging, but not surprising, that the overwhelming majority of species collected in the study are not the pest species you might expect, but at most "nuisance" insects and spiders that pose no threat to people, pets, or property. This is the message that needs to reach the masses: We can coexist. Indeed, we already are.