The Big Bug Hunt and How You Can Help

Last year in early October, I was approached by Jeremy Dore, founder of the company Growing Interactive, based in the United Kingdom. He was interested in having me collaborate in one of the company's major citizen science projects, "The Big Bug Hunt." He made a convincing enough argument that I signed on last month as one of the U.S. liaisons. What follows is a description of this ingenious endeavor; and how you can help, and benefit from, participating. 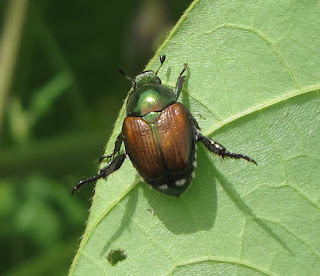 The aim of The Big Bug Hunt is to build a database that will be used to create a computer application which predicts with great accuracy the emergence of various pest insects in very localized areas. For example, if you have a vegetable garden in Raleigh, North Carolina, you will be able to receive a "reverse 9-1-1" alerting you to the possibility that squash bugs may be descending on your plot within days or weeks. You can then take preventative action now, and avoid using chemical controls later.

The technology that synthesizes this data and turns it into a predictive model is a facet of the discipline called machine learning systems. It means that computers are able to find patterns that humans cannot see. From what I understand, this technology is already applied to large scale agriculture. The goal of Growing Interactive and its subordinate projects like Grow Veg, is to provide the same kind of software tools to individual citizens and community garden personnel to insure their own success in meeting the collective mission of local food security. 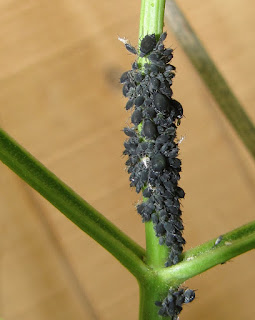 Growing Interactive is a family enterprise for Jeremy, his wife, and their friends; and they take great pride in serving the greater good. Jeremy decided to apply his background in app programming to farming more than ten years ago after his job as a network manager for a group of schools ended. What he has created since then is astonishing in its success. Growing Interactive enjoys the respect and collaboration of academic institutions like the University of York (England), for example.

The Big Bug Hunt is global in scope, but it has gotten off to its best start in the U.S.A. and the U.K. More data is needed, however, to facilitate better accuracy in predicting when common pests like the Japanese Beetle are likely to appear at a given locality. This is where you come in. Simply going to the website, or even clicking on the "Report a Pest" button at the top of my sidebar, will allow you to quickly report any insect, other arthropod, or even a slug or snail that you see in your yard or garden. It is that simple, no registration necessary. Reputational analysis will eventually weigh data according to accuracy, so no observation goes to waste. 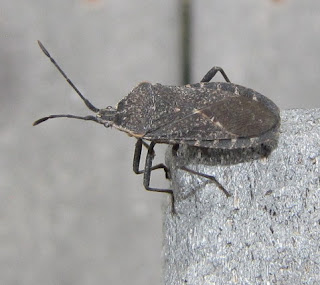 With our ever-changing climate and landscape, a dynamic reporting and recording system like this is vital to every level of agricultural productivity, be it corporate or your own backyard vegetable garden. It will not work, however, without your willingness to contribute. Please consider adding your "two bugs worth," and I promise to keep you abreast of the latest developments here on my blog. Thanks!