Arrrr, matey! In honor of International Talk Like a Pirate Day (tomorrow, September 19), I bring ye the story of pirate spiders in the family Mimetidae. I’m not pulling your beard, there really are such creatures. 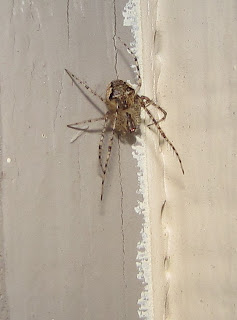 The mimetids are represented by a total of three genera and eighteen species in North America north of Mexico, though another ten remain undescribed (awaiting the assignment of names by arachnologists).

Pirate spiders are easily identified by their four eye patches and two wooden legs. But seriously, folks, the long spines on their legs help differentiate them from the cobweb spiders and sheet-web weavers that they might otherwise be mistaken for. Their resemblance to other spiders is further complicated by the fact that you sometimes find pirate spiders in the snares of cobweb weavers. Their appearance there is as sinister as their name suggests.

Pirate spiders eat cobweb spiders, as well as orb weavers and other spiders. They stealthily stalk the rightful owner of the web, finally dispatching it by biting the other spider on its legs. The pirate spider feeds on one leg after the other until its victim is totally drained. One reason for attacking the legs of its prey might be that the jaws of pirate spiders are fused at their base, not permitting the spider to open its mouthparts wide enough to bite other parts of its victims. 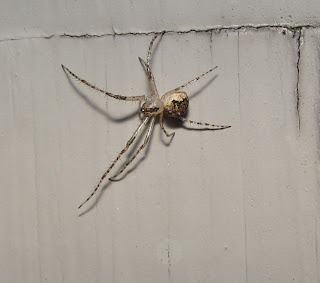 Pirate spiders can also feed on insects when presented with the opportunity, but their venom is designed to kill other spiders quickly. They will also eat the egg sacs of their victims. This lifestyle has given rise to another popular name for them: “cannibal spiders.”

The specimen imaged above is Mimetus puritanus, the most common species in the eastern United States. I found this one in South Deerfield, Massachusetts on October 21, 2009. The male specimen below (note the modified pedipalps) was discovered on the ceiling of my residence on July 23, 2009. At only 3-7 millimeters in body length, pirate spiders in general are not terribly imposing for creatures that make their living attacking other spiders. 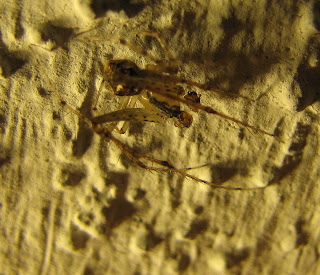 My girlfriend found the egg sac of a Mimetus in Colorado Springs, Colorado on July 28 of last year. The “fluffy” appearance of the sac’s loosely-woven silk is fairly diagnostic for the genus. 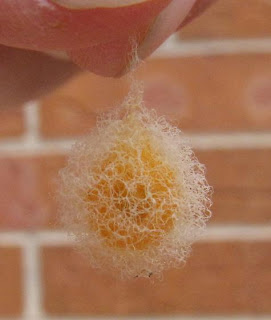 I encountered what appears to be a different species of Mimetus at Bentsen Rio Grande Valley State Park in Mission, Texas on June 7, 2010. It was occupying the web of a theridiid cobweb weaver, and until I cropped my images, that is exactly what I thought it was. 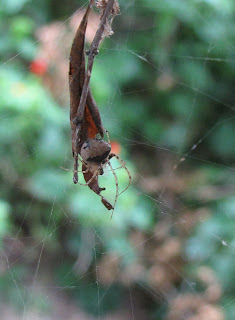