Today, Friday, July 22, kicks off the fourth annual National Moth Week, which runs through Sunday, July 31. I highly recommend participating, ideally in the formal sense of registering an "event" at their website. It can be public or private, as elaborate or as simple as you want to make it. Simply turning on your porch light this week and recording in images what comes flying in will add to our collective scientific knowledge while delighting you and your family. 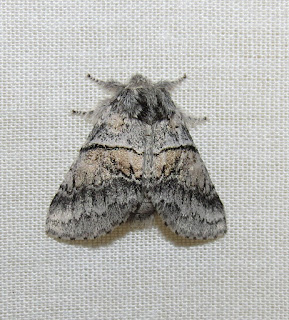 Tonight I will be at the Fountain Creek Nature Center in Security/Widefield, Colorado, where the Mile High Bug Club and the nature center staff will be hosting an after dark celebration of moths. We are fortunate to have several members who have invested in UV tubes, mercury vapor lights, and other set-ups designed to draw nocturnal Lepidoptera and other insects. There should be at least two or three stations in different habitats. 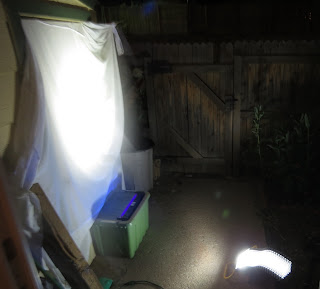 Meanwhile, my wife and I have a very low-tech apparatus consisting of a sheet, an 18-inch, 15 watt "party-style" blacklight, and a 4.5 watt, 120 volt 45 LED "work light." Most nights, weather permitting, we erect this in the backyard, all 12 x 10 square feet of it, fenced in as we are in a relatively urban Colorado Springs neighborhood. We should be attracting next to nothing except sideways glances from the neighbors. I have created a Flickr album, "Backyard Blacklighting, June, 2016," and will make subsequent albums for July, August, and September, too, documenting in images the diversity of insect life we see. 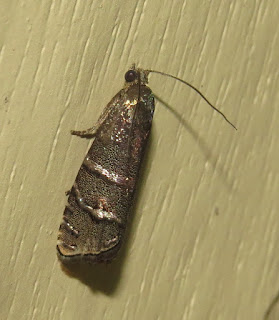 Blacklights produce light at the ultraviolet end of the spectrum, including wavelengths invisible to the human eye but easily detected by the insect eye. It is not recommended that one look directly at a blacklight, as UV rays are known to damage your eyes. Wearing white to a moth night event is also a bad idea as you will become a moving reflector and moths and other insects will alight upon you. You do not want a moth or beetle in your ear, so you will have to decide whether the risk is great enough to use earplugs. 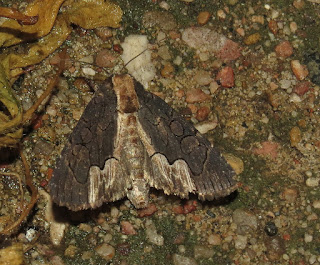 Different moth aficionados will give you different advice, about everything from how to power your rig to what weather conditions are best. One standard is that the lunar cycle is important. The "new moon" (NO moon) is supposedly best, while the full moon is worst. Well, in June, one of our best nights was one day before a full moon. Go figure. 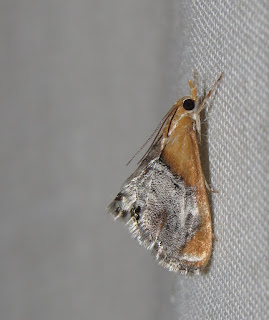 Do what you are comfortable with, just look carefully before you give up, thinking that your lights did not attract anything worth your time. Many of our largest, most spectacular moth species are on the decline. Some are not drawn to lights anyway, or lurk on the fringes of the illuminated area. The greatest diversity, and often beauty, is in the "micros," those moths that are maybe ten millimeters or less in length. They can hide in folds in your sheet, or simply be so inconspicuous as to be overlooked. 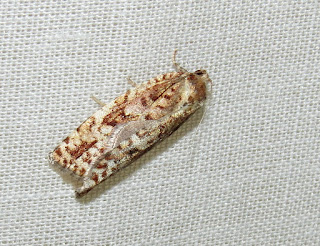 We know very little about the overwhelming majority of moths, especially about where, geographically, they live. This is why taking pictures and sharing them is vital. You could easily document a "county record," verifying the first known occurrence of a species in your county. A "state record" is not out of the question, either, and that is a frequent outcome during moth week events. 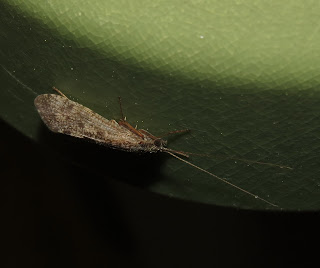 Your lights will draw other kinds of insects as well, some easily mistaken for moths. Chief among those are caddisflies, order Trichoptera. All are aquatic as larvae, but though you may be miles from water, you may still get the adult insects at your lights. 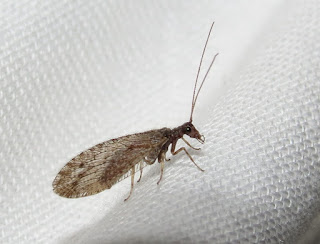 Brown lacewings, dustywings, and other members of the order Neuroptera can also look like moths at first glance. Their larvae eat aphids and other pests, so they are good neighbors, too. 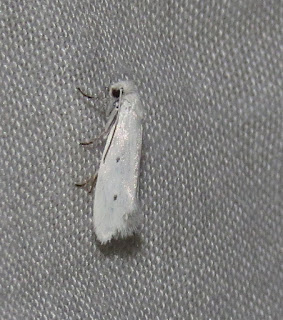 Remember not all moths are pests, by any stretch, and that they serve important purposes in pollination of flowers, and as food for birds, bats, reptiles, and other animals, including other insects. 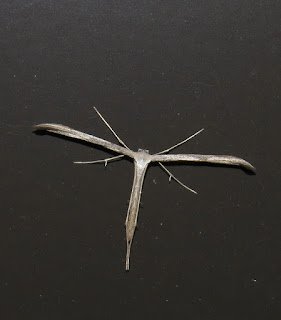 Have a very happy National Moth Week. You will not be disappointed if you choose to hold an event or join an existing, public one. There are many people willing to help you learn, in person, or online. 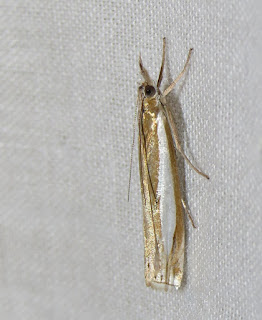 A "grass veneer" moth, family Crambidae
Posted by Bug Eric at 7:30 AM