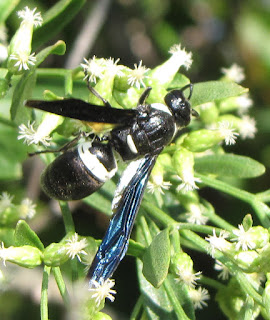 These are solitary insects, and each female selects her own nest location. Much of the time they utilize abandoned tunnels originally bored by the Eastern Carpenter Bee, Xylocopa virginica. Check for such nests along the edge of the roof of your own home. Monobia quadridens has also been observed to evict mason bees (Osmia sp.) from wood borings, killing the bee eggs, larvae, and pupae in the process (Byers, 1972). Abandoned nests of the Black and Yellow Mud Dauber may also be used by M. quadridens. Rarely, the old burrows of ground-nesting bees are used. 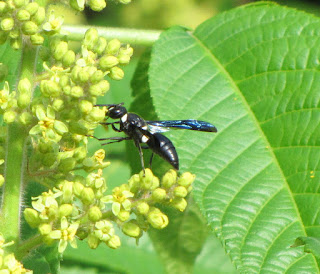 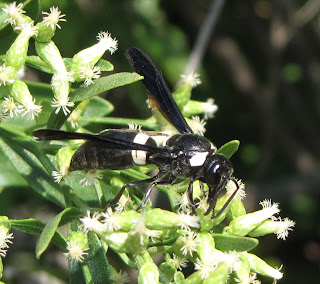 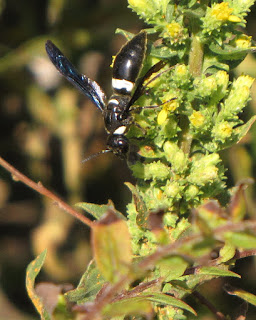 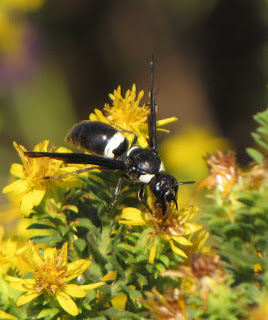