I may have started collecting wasps because no one could call me a sissy for catching something that can fight back, but I owe my continued fascination with these insects to a number of amazing mentors who showed me there is much more to hymenopterans than I ever imagined.

One of the entomologists I most admire is the late Howard Ensign Evans. Not only was he a world-class authority on Hymenoptera, but one of the most eloquent writers and “popularizers” of entomology that I have ever read. His classic Life on a Little-Known Planet is without a doubt the best introduction to insects for a general audience as has ever been published. Evans managed to maintain a passion for, and awe of, the natural world untarnished by the efforts of academia to reduce all to “models,” statistics, and biochemical reactions. 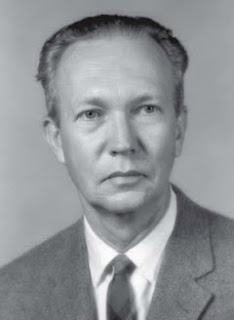 I also read Evans’ Wasp Farm, and The Pleasures of Entomology. His book Wasps, co-authored with Mary Jane West-Eberhard, was my wasp bible for many years. Mary Jane wrote an amazing and comprehensive biography of Dr. Evans that does his contributions to science and literature vastly more justice than I ever could here.

I will always treasure a piece of correspondence I received from Dr. Evans in January of 1984 after I had written him for advice on how to make a living writing. He suggested that I would need “another means of support.” His sense of humor is another admirable quality.

Just last month I picked up Evans’ A Naturalist’s Years in the Rocky Mountains, which should serve me well in getting to know the fauna, flora, and seasons of my new Colorado Springs home.

Once I got to college at Oregon State University, I had the good fortune to become acquainted with Dr. George R. Ferguson. He was a taxonomist of the highest degree, working mostly on the genera Cerceris and Eucerceris, finishing what his friend and colleague the late Herm Scullen had started. Dr. Ferguson still found time to take me under his wing, providing many identifications for my growing collection. 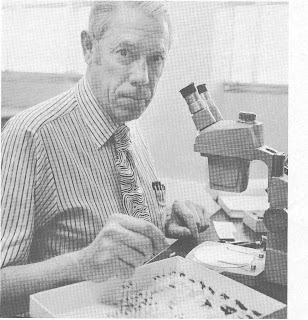 I’ll never forget the time I eagerly presented a small series of metallic blue sphecid wasps for his appraisal. He took a quick look and determined they were the Blue Mud Dauber, Chalybion californicum. I sighed and said that I thought they were the Steel Blue Cricket Hunter, Chlorion aerarium. He plucked out one specimen, stuck it under his microscope, and replied “Well, I’ll be, you’re right. They’re awful small, though.” He was right, too: they were males, and not particularly impressive examples of that gender, either.

Dr. Ferguson has since passed away as well, but I am delighted to report that his legacy lives on in the form of an endowment fund at OSU, which grants funding annually to outstanding undergrad and graduate students majoring in entomology there. I would expect nothing less from my most kind and generous mentor.