It is winter now, and orb weavers (family Araneidae) are mostly spiderlings snuggled inside cozy silken egg sacs created by their mother. They will emerge when day-length is suitably long enough, and warmer weather more consistent, for prey animals to be more common. By late June, and into October, adult Arizona specimens of the Western Spotted Orbweaver, Neoscona oaxacensis, will be abundant, especially around wetlands and fields close to water. 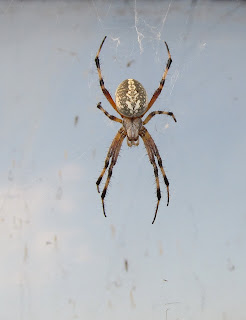 This is by far the most common orb weaver I encountered while I lived in Tucson, and the Sweetwater Wetlands was a great spot to find them. The species occurs from Texas to Kansas, Illinois, and Indiana, and west to Colorado, Utah, Nevada, California, and eastern Washington state. It also ranges through Mexico and Central America to Peru. They are fairly large as adults, females 11-17 millimeters in body length, males 5-12 millimeters. No two specimens are alike, though, at least in color and pattern. 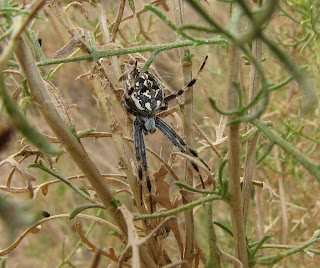 Much like each zebra has its own unique pattern of stripes, so, too, do individual N. oaxacensis spiders have their own individual pattern of spots, if it has spots at all. Note among the images shown here how variable the dorsal pattern on the abdomen can be. Interestingly, the ventral pattern (image below) is much more consistent and can help place the spiders to genus in places where there are other similar orb weavers. 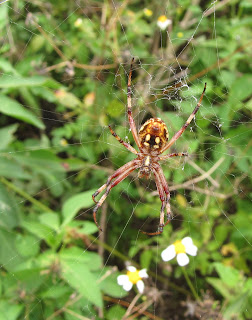 One study in avocado orchards in San Diego County, California revealed that spiderlings begin emerging in the first week of March, with more emergences through April. The spiders then began decreasing in number from May until late October when few adults could be found. The adult spiders do not overwinter (Pascoe, 1980). 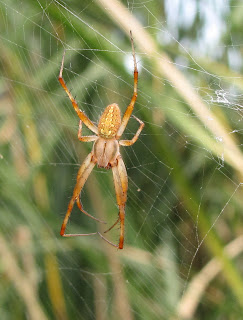 Repairing the web, feeding, and mating, are mostly early morning or nocturnal activities, though the spiders often occupy the hub (center) of their webs during the day, too. Sometimes a spider may retire to the periphery of its web, in some kind of retreat such as a curled leaf. This can be a common behavior in regions with intense midday heat and a lack of overhead shade from a tree canopy. The spider needs to avoid overheating and dehydration from the blazing sun. The retreat may be connected to the hub by a bundle of “signal threads,” but again this is uncommon for Neoscona. 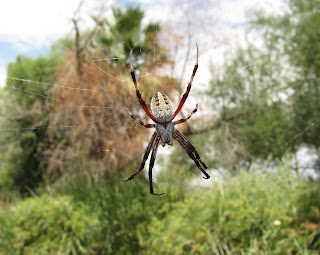 Prey consists of flying insects, especially barklice, beetles, and moths. Webs usually stretch between vegetation at a height of 1.3-1.7 meters (4-5 feet) off the ground, though I have found them at lower levels. The prey-catching portion of the webs may span from 9 centimeters to over 39 centimeters ( 3.5-15 inches), varying according to the size of the spider. Younger spiders obviously spin smaller webs. 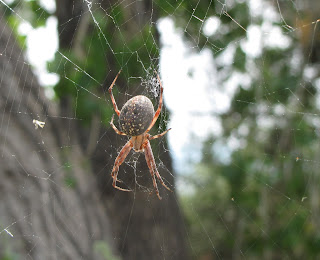 The Western Spotted Orbweaver can occasionally exhibit large, localized populations whereby the spiders can be exceedingly abundant in a small area (Allred, 1973). Do keep your eyes open for these wonderful arachnids. There are other common members of the genus Neoscona that can be found in eastern North America, too. More on those in later posts. 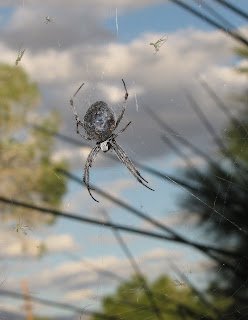