March Flies in May

You cannot judge the seasons by the calendar, apparently. Here in Colorado we have march flies, family Bibionidae, emerging in mid-May. Members of the genus Bibio are among the more locally-abundant dipterans one is likely to see in the spring across most of North America. 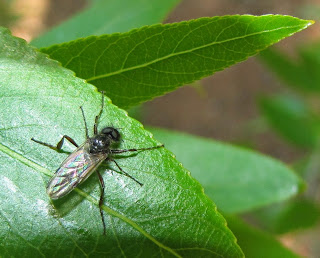 Ironically, April and May seem to be the months when one is most likely to see these flies. Adults range from roughly 6-12 millimeters or so, but it is not their size that usually gets your attention. It is their sheer numbers. Males gather in swarms that can blanket the ground and low vegetation. Females are attracted to the party and select mates in the frenzy of fly bodies. 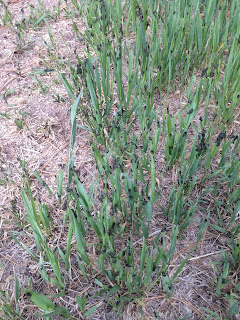 It is easy to tell males from females. Females are almost literally “pinheads,” with tiny heads for the size of their bodies. Males, on the other hand, have large, spherical heads composed almost entirely of two compound eyes. Those eyes are referred to as “holoptic” when they meet at the top of the head. 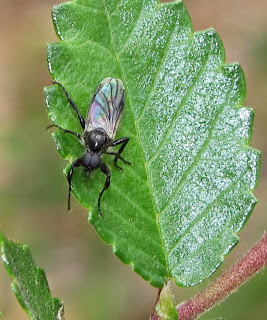 BibioMarch flies are most easily separated from similar flies (if there really are any similar dipterans) by the presence of a pair of stout, downcurved spurs at the end of the tibia segment on the first leg. These spurs are used by the female to dig down into the soil several inches where she will deposit her eggs in masses of 200-300. There are not many fossorial (digging) flies in the U.S. and Canada. 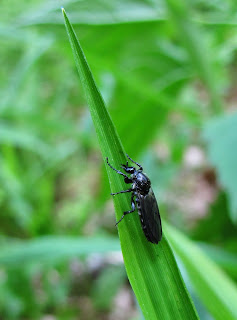 Precious little is known about the biology and life cycle of march flies, but those larval stages that are known feed mostly on decaying matter in rich soils. They also feed in manure and compost, and on the roots of grasses and herbs. On occasion they can be serious pests of cereal crops, vegetables, and rangeland grasses. The mature larvae probably overwinter, pupating in the early spring.

There were at one time 53 species of Bibio recognized in North America north of Mexico, but since then several species have been synonymized (“lumped”), and we stand at about 37 species currently. Many former “species” were separated on the basis of leg color, density of hair, and other characteristics that vary greatly within a single species. Real differences exist in characters of the male genitalia, but who wants to dissect that? 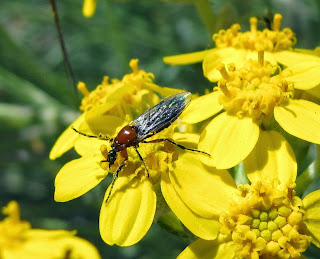 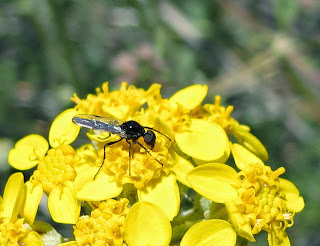 The genus Dilophus is very similar to Bibio, but instead of long spurs on the front legs, they have a ring of shorter teeth. These flies are usually less robust, and smaller, than Bibio, too. Plus, they are frequently reddish in color rather than black. There are 15-18 species north of Mexico.

Lastly, the infamous “lovebugs” in the genus Plecia, with two species found principally along the Atlantic and Gulf coast states, are abundant in spring and fall. They are named for their habit of flying in copula, frequently colliding with vehicles and generally making a nuisance of themselves to humans. Perhaps we are jealous because they can remain conjoined for two or three days. Hey, when you only live two or three days as an adult fly, what better way to spend your time? 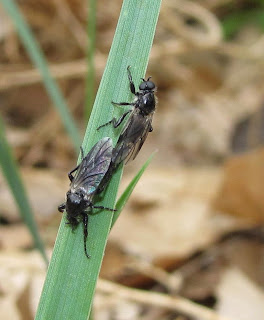