Among the more conspicuous insects of springtime, at least in the western U.S., are true bugs known as “bordered plant bugs” in the family Largidae. The most obvious of these are in the genus Largus, but they are readily dismissed as simply another kind of “stink bug.” They can also be confused with certain leaf-footed bugs in the family Coreidae, or even “cotton strainers” in the family Pyrrhocoridae. In fact, at one point, largids were classified in the Pyrrhocoridae. 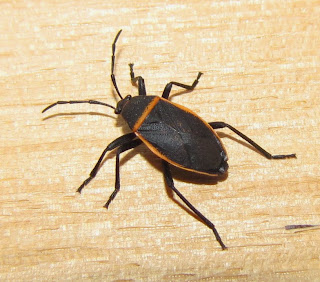 Adult Largus are fairly sizable, at 13-17 millimeters for L. succinctus for example. Most of the twelve North American species are black, with orange trim, and varying degrees of orange speckling.

The nymphs, on the other hand, are a lovely metallic blue, with a central bright red spot on their back (though first instar nymphs are wholly blue-black, or red in the case of L. californicus. 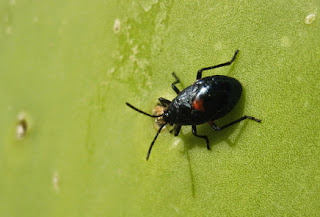 The adult bugs overwinter, females laying eggs in clusters on the ground, an average of 130 per cluster for L. californicus (Booth, 1990). Booth’s study in coastal southern California showed that eggs hatch in about 14 days. Nymphs progress through five instars, an instar being the interval between molts. Approximately 100 days are spent in the nymphal stages. Adults, which are flightless, live from two to seven months. There are two generations of L. californicus annually. 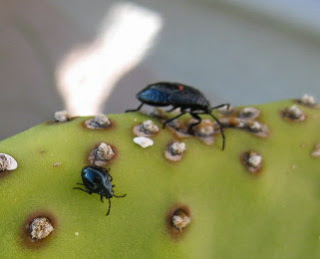 Nymphs often congregate in groups of 100 individuals or more, probably for the purpose of amplifying their “warning colors” of blue and red. Indeed, apparently some lizards find largids distasteful. I have personally observed large congregations of Largus nymphs and adults in Arizona and Vancouver, Washington. They are quite a spectacular sight. Reports of other species suggest eggs are laid on host plants, with other differences in the timing of the life cycle outlined by Booth (Deans, et al., 2011). 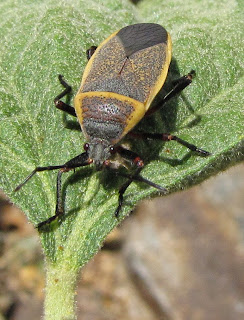 While the bugs are generalist feeders on a variety of plants, they occasionally eat fecal material and carrion, too. Indeed, many herbivorous Heteroptera appear to be opportunistic scavengers in my own observations. 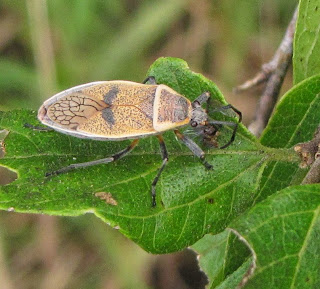 There is rampant disagreement as to exactly how many species of Largus there are in North America, since many “species” have, in the past, been described based on color pattern and geographic distribution. These insects are of little economic importance, so correspondingly little research has been conducted on them.

The greatest diversity in the genus is in the southwest U.S., but species are collectively found across most of the U.S. L. succinctus is apparently the sole eastern species, north of Florida anyway. It ranges from New York to Florida, west to Minnesota, Oklahoma, Colorado, and perhaps Arizona. 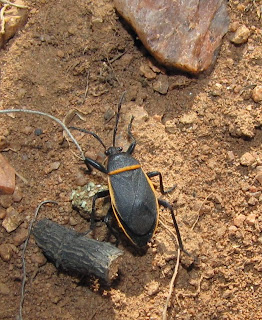 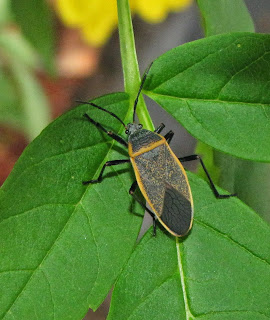 Largus sp. from Texas
Posted by Bug Eric at 8:30 AM