To Collect or Not to Collect

It has become fashionable in the last few decades to voice objection to the practice of collecting organisms, especially animals, and often certain types of animals like butterflies. Such righteous indignation is misdirected at best. Here is my personal assessment of this complex issue. 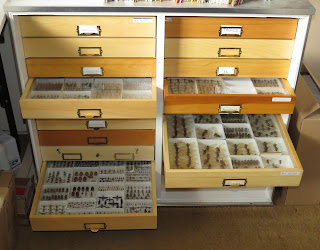 When someone encounters you out in the field engaging in collecting, and scolds you for "killing butterflies" or bees, or whatever, you can defend yourself a number of ways. Gently remind them that if they drive a vehicle they are going to kill far more insects and other invertebrates in a year than you will collect in a lifetime. Ask it they apply pesticides to their lawn, yard, or garden. If they answer "yes," then again you can remind them they are killing far more insects than you are. Let them know that habitat destruction is the leading cause of extinctions, both local and global. You get the idea.

Citizen scientists should understand the importance of scientific collections. If they do not, offer them a brief education to that end. The digital age has allowed people to make virtual collections through images, but seldom can a conclusive identification be made from a picture or two alone. An actual voucher specimen is needed to confirm the ID. These days, even gross morphology is often insufficient to reach a conclusion, and processing genetic material (DNA) is required. That doesn't happen without collecting. Scientific collections complement recordings in still images, audio, and video. 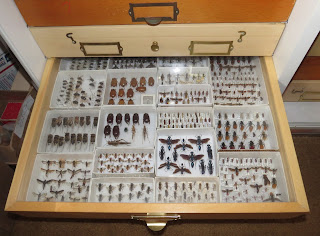 Let's take a look now at who is making collections. Educational institutions that include the creation of an insect collection as a course requirement should be free to continue doing so, provided certain criteria are met. Students must be instructed on the proper techniques for preparing specimens. Data labels must be attached to each specimen. There must be a "chain of custody" in place resulting in the permanent disposition of student collections in a museum or other facility where they will remain useful in perpetuity.

This category of collectors is much more difficult to defend. Again, it hinges on purpose. Collections are vital not only to scientific study, but for educators who use living and preserved specimens to create awareness and appreciation of those species by the general public. Scientists rarely have the time or inclination to make such presentations, but there are other people who are gifted at doing just that. Depriving them of a vital instrument in that mission is not in anyone's best interest.

Collections made for purposes of personal amusement, decoration, or commercial display are nearly impossible to justify, especially if specimens lack data, are improperly prepared, or otherwise cannot be repurposed for scientific or educational use. One significant factor that may possibly change that is the increasing business of "farming" invertebrates. Captive breeding now accounts for a sizeable percentage of specimens on the market for "hobbyists" and casual collectors. One should always inquire as to the original source of specimens being obtained through a vendor. This is for your own protection, too, lest you be subject to fines and criminal prosecution for illegal trading in specimens. Keep the paperwork. 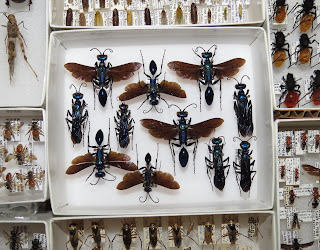 Discussions about the ethics and importance of collections should not be invariably "defensive." It is the responsibility of those who understand the role of collections to advocate for them. The collections housed in public institutions are under increasing assault from within, by administrators who don't understand their value, or view collections as "dinosaurs" that are now a burden on the business of museums to "entertain" visitors and increase profits.

Much is at risk here if we fail to protect existing collections and foster better ones for the future. We stand to lose the next generation of scientists, for one thing. Biologists need to mentor high school students, even elementary students, and coach them in proper fundamentals of collecting, including the ethics. Many, many of my colleagues recount the early life experiences that led them into their scientific careers, and collecting insects is a recurring theme.

Only you can decide whether collecting is an important activity for you, but please don't criticize those who do; certainly reserve judgment until you fully appreciate their motivation. Me? I have a collection of over 100 Cornell insect drawers. I have loaned many specimens to scientists who have identified specimens for me, resulting in many county and state records, and a handful of species new to science. When I moved into my wife's home, the "bugs" came, too, but there is not enough space to curate them properly. I have decided to deposit my specimens at the Denver Museum of Nature and Science, where they have state-of-the-art facilities. That transaction will likely happen later this year. 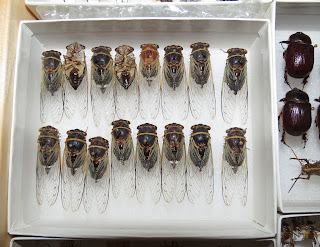