Damsels That Cause Distress

Note: The subject for this post was requested by one of my followers. You, too, are welcome to make requests for subjects or topics. Simply e-mail: bugeric247ATgmailDOTcom. 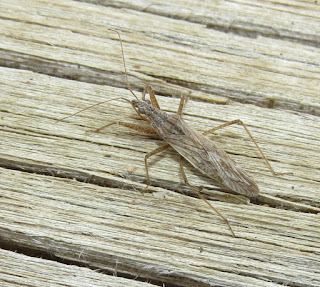 You would think that insects called "damsel bugs" would be delicate and and otherwise dainty. Well, many members of the true bug family Nabidae are delicate, and certainly small, there is nothing meek about them. They are mostly nocturnal predators that can subdue other insects even larger than themselves. 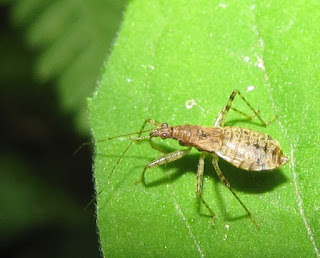 There are nine genera and 41 species of damsel bugs in North America north of Mexico. None of them are greater than 12 millimeters in length as adults, most of them smaller than that. 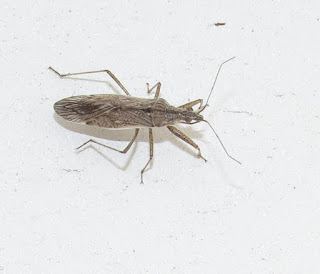 The femur segment of the front leg is usually muscular and swollen, armed with at least one row of small teeth on the underside. This helps the insect to secure prey.

Some nabids are wingless when mature, or have forms with abbreviated and useless wings. Those that fly are often attracted to lights at night, perhaps to prey on other insects drawn there. 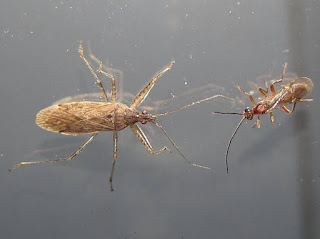 While I was in Massachusetts in 2009, I witnessed a specimen of Nabis roseipennis stalk and assassinate a small braconid wasp. The persistence and fearlessness of the little true bug was impressive. 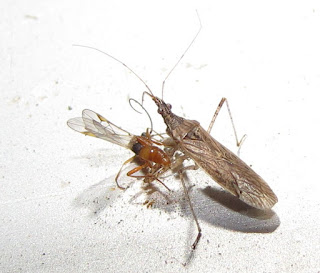 Nabids are easily mistaken for other kinds of true bugs, and it takes a bit of practice to recognize them. Most assassin bugs (Reduviidae) are larger, but they and damsel bugs both have a short rostrum ("beak") compared to most plant-feeding true bugs. 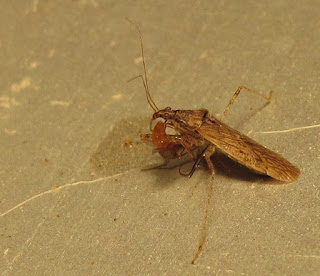 Plant bugs in the family Miridae are perhaps the most similar to damsel bugs, but mirids have a "cuneus," a pronounced wrinkle or notch in the margin of the front wing near where the leathery portion meets the membrane near the tip. Damsel bugs lack this feature. 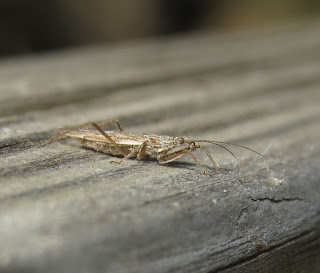 Here in Colorado, one of our common damsel bugs is a small, dark, ground-dwelling member of the genus Pagasa. They are almost beetle-like in appearance, and I have mistaken more than one for a ground beetle as it ran across the path in front of me. Pagasa can be fully-winged or have wings reduced to non-functional pads. 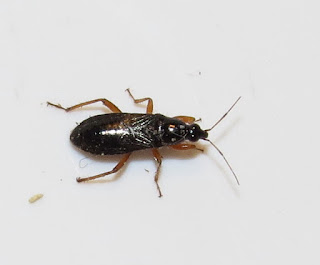 The tip of the tibia on the front leg of Pagasafeatures a specialized pad of hairs called the fossa spongiosa that aids them in climbing slick surfaces and grabbing slippery prey. 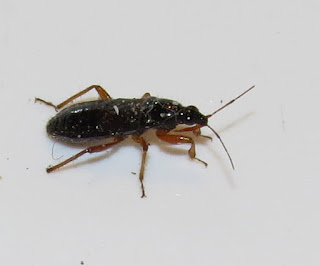 So effective are damsel bugs as predators that they are considered economically important as pest control in agricultural systems. Indeed, they are also among the most abundant of small predators. 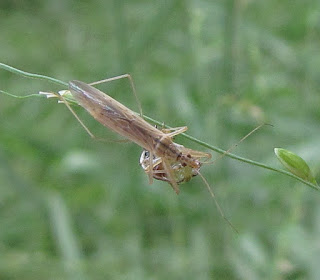