A great many spiders of other families strongly resemble wolf spiders, creating lots of confusion among those of us who are not experts. Add to that the fact that even males of web-spinning spiders wander in search of mates, sometimes blundering indoors in their quest for the opposite sex, and you can be easily perplexed. I found one non-wolf spider in Arizona that stymied me for quite some time until an expert solved the mystery.

Many wolf spiders are marked with broad, dark, parallel stripes on the carapace (top of cephalothorax), but so are grass spiders (Agelenidae), many ghost spiders (Anyphaenidae), wandering spiders (Ctenidae), and false wolf spiders (Zoropsidae). The specimen above matched none of those, and/or was not in the known geographical range for any of those families. Imagine my surprise when the verdict turned out to be the family Miturgidae, collectively known as “prowling spiders.” 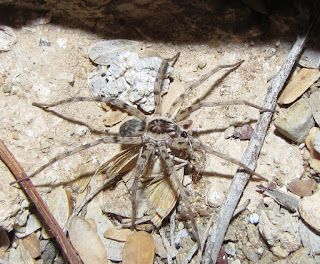 The name fits the habits of these active arachnids, but I was only familiar with the longlegged sac spiders in the genus Cheiracanthium, which look nothing like the above specimen. Sure enough, it turns out the genus Syspira is common in the southwest U.S. from southern California to west Texas, and also desert areas of Mexico.

These are not terribly small spiders, either, body length varying from 10-18 millimeters, though most are on the short end of that spectrum. They have a decidedly “leggy” appearance and can span about 35 millimeters or so. Most of the ones I have seen have been prowling at night around outdoor lights, both on the ground and on walls where they grab unsuspecting moths and other insects attracted there. 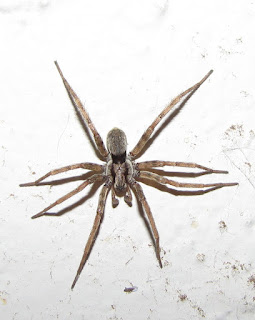 There are either three or four species of Syspira currently recognized. One of them, S. pallida, might actually be a member of the genus Zorocrates, which is in an entirely different family: Zorocratidae. Yes, that is just how challenging spider taxonomy can be, even to the authorities. The general consensus is that a revision of this genus is overdue.

One study found that Syspira spiders accounted for almost half of all ground spiders in Baja California Sur, Mexico; and that they are occasionally eaten by rodents (Castañeda, et al.).

Note that in older references the family Miturgidae is part of the family Clubionidae. The subfamily Miturginae was given family status in 1967 by P.T. Lehtinen (Ubick, et al., 2005). 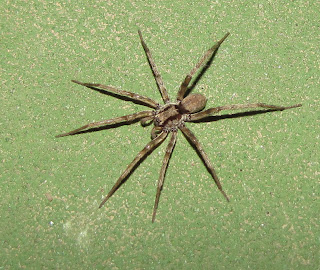