Many spiders go unseen by the casual observer because they emerge only at night. Venture outside after dark, and you are likely to be astounded by arachnids you never knew existed. Take a flashlight to the outside walls of your own home and there will likely be spiders prowling across it. If you live in Florida or the southwest U.S., you will eventually see crab-like spiders of the family Selenopidae, called “flatties.” 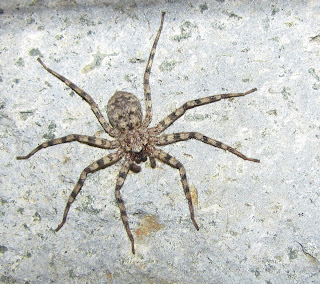 I might not have recognized them myself were it not for Zack Lemann, Chief Entomologist at the Audubon Insectarium in New Orleans. We occasionally meet up in southern Arizona for the Invertebrates in Conservation and Education Conference at the end of July each year. In 2010, on a night field trip to Madera Canyon, Zack identified a spider sitting motionless on the outside of a restroom building as a “flattie.” I had figured it was a running crab spider in the family Philodromidae and appreciated the correction.

Flatties can be easily confused with any number of other spiders, but are readily identified by a few distinctive characteristics: 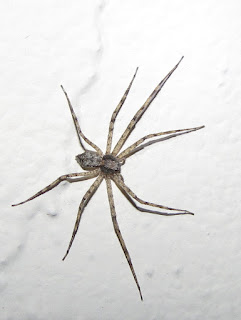 Their thin bodies allow flatties to slip into very narrow cracks and crevices, where they hide during the day. Most references indicate that these spiders hide under stones, or beneath bark on logs or trees, and between the bases of leaves of dense plants. I have personally never discovered them on the ground or under objects. They have always appeared on vertical surfaces at night in my experience.

These are medium-sized spiders, adults measuring from 7.5-13 millimeters in body length. Their sprawling legspan makes them appear larger. The mottled gray or brown or yellowish coloring helps to camouflage them on rock surfaces and tree trunks. They likely wait in ambush for prey, though when disturbed they can sprint with startling speed.

There are five species found north of Mexico, all in the genus Selenops. They collectively range from southern California to western Texas, and also in Florida and the Caribbean islands. 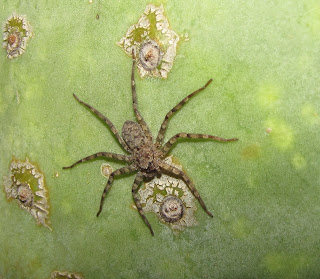