You can’t judge a book by its cover, and you can’t identify most insects by color pattern alone. One perfect example of this is a colorful plant bug, Metriorrhynchomiris dislocatus, in the family Miridae. 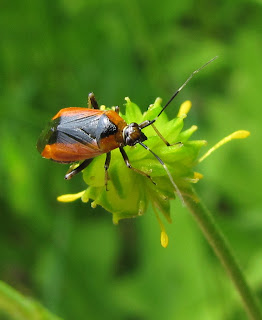 I first encountered this species in South Deerfield, Massachusetts on June 7, 2009 (image above). I discovered several more in the Forest Preserve System surrounding Chicago, Illinois and its suburbs in late June, 2011. The species is common throughout the eastern U.S. and adjacent Canada, west to Alberta and Colorado, and south to Florida and Texas.

This is an average-size insect for the typical mired plant bug, if not a little on the large side, adults measuring 6.5 millimeters.

What is confounding about this species is its seemingly infinite variability in color pattern. No less than fifteen different color forms have been recorded, with no connection to geographic location. The entomologist Willis Stanley Blatchley (1859-1940) called such true bug species “spotted dogs,” and resisted the urge to consider each variation as a separate subspecies. This diversity in appearance is called “color polymorphism,” and it is not uncommon in the Miridae as a whole. 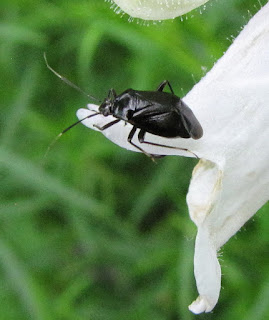 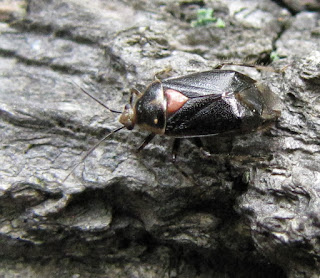 This species is also a “flower visitor,” obtaining nectar from various plants. Records from Illinois show that M. dislocatus has been seen on blossoms of Canadian Horseweed (Conyza Canadensis), Philadelphia Fleabane (Erigeron philadelphicus), Smooth Oxeye, (Heliopsis helianthoides), Canada Goldenrod (Solidago canadensis), and Early Goldenrod (S. juncea) (Hilty, 2013). They have also been observed on the male flowers of Revolute Meadowrue (Thalictrum revolutum) in Pennsylvania (Wheeler, 2001). Adults are found mostly between April and July, depending on latitude.

Host plant associations are important in helping to identify most mirids, but there are many gaps to fill in as far as host records go. Furthermore, some mirids are predatory rather than phytophagous (plant-feeding), so host plant records are mostly irrelevant. Keeping track of the plants you observe mirids on is still an important exercise. Happy hunting. 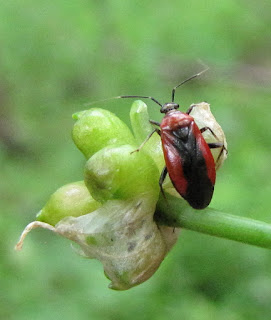