California and Arizona have an immigration problem. No, not those immigrants; I am referring to an insect known as the Bagrada Bug, Bagrada hilaris. This member of the stink bug family Pentatomidae is native to Africa but has found its way to the U.S. where it has quickly become a crop pest. It is also known as the "Painted Bug." 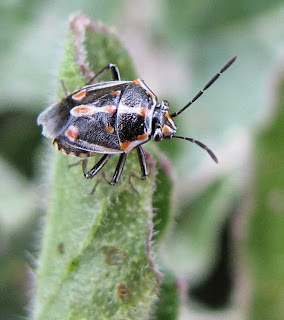 The Bagrada Bug has not been here long. It was first detected in June of 2008 in Los Angeles County, but is now found abundantly throughout southern California and adjacent southern Arizona, eastward through southern New Mexico and into Texas. It had previously established itself in Italy, Malta, and southern Asia.

This insect is frequently mistaken for the native “Harlequin Bug,” Murgantia histrionic, but the Bagrada Bug is about half the size of its native cousin, adults measuring a mere 5-7 millimeters. 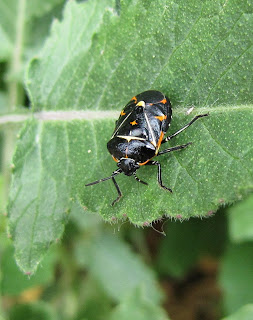 The nymphs of B. hilaris are occasionally dismissed as beneficial lady beetles due to their bright red and black markings. There are five nymphal instars, an “instar” being the interval between molts. 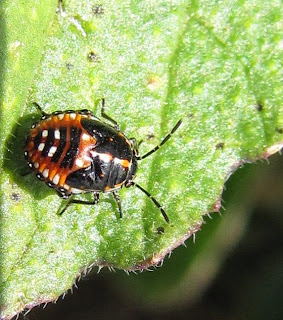 What makes the Bagrada Bug problematic is its appetite for plants in the cabbage and mustard family (Brassicaceae in today’s classification, Cruciferae of previous eras). So, kale, turnips, broccoli, radishes, and related vegetables are all on its menu. It doesn’t end there, either. The bug is also known to feed on potato, sorghum, cotton, papaya, maize, various legumes, and other crops. Ornamental plants like sweet alyssum and candytuft are also vulnerable. 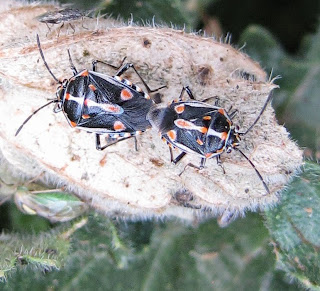 The appearance of this pest in the U.S. caught everyone off guard, including entomologists. Its biology and natural enemies are barely known, so few control methods can be applied, let alone biocontrol agents like parasites and predators. We don’t even know exactly how fast the Bagrada Bug is spreading.

You can help improve our understanding of the distribution of B. hilaris by keeping an eye out for it and reporting your observations to your state department of agriculture. Having images to back up your identification can help immensely. 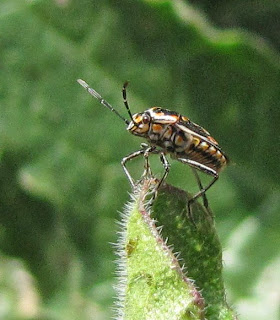 Almost all information on the Bagrada Bug in the U.S. is found online because the species is such a recent introduction here. The most trusted resources are websites with URL addresses ending in “.edu” or “.gov.” Commercial sources are often less accurate. 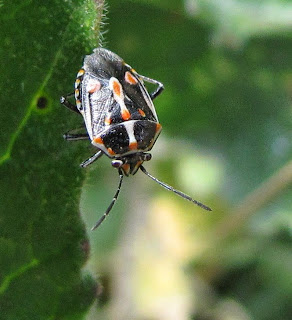