Moths suffer from a lot of stereotypes: They eat clothing and infest grains. They are dull and drab. Their caterpillars are garden and crop pests. Only a handful of moths fit those categories, but still people persist in breaking out the pesticides and deploying the bug-zappers. 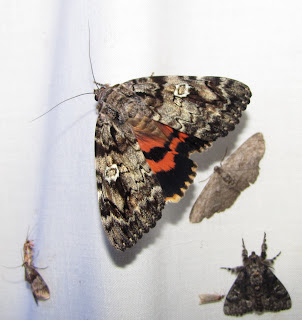 Enter National Moth Week, coming up July 23-29, 2012. Events around the United States are being planned to erase the myths and preconceived notions anyone might have about these nocturnal insects. The concept is the brainchild of David Moskowitz and Liti Haramaty who have been holding public “moth night” events on behalf of the Friends of the East Brunswick (New Jersey) Environmental Commission since 2005. The programs have become quite popular, drawing from thirty to fifty people, and countless moths, to each gathering. 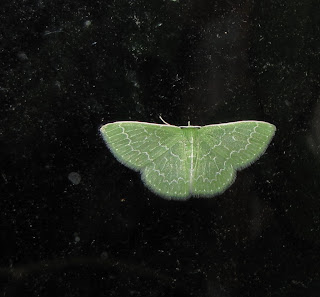 Moskowitz and Haramaty, after watching the growth in popularity of the “Moth and Moth-watching” Facebook page, decided to raise the bar in 2011, planning a national week devoted to nightshift Lepidoptera. Currently, events are planned in many of the Lower 48 states and Hawaii, but the idea has also caught fire in Mexico, Europe, even India. Not all of the events are public, unfortunately, but many are. All are designed to collect data to improve our understanding of the distribution of moth species and assess the population levels of vulnerable species. 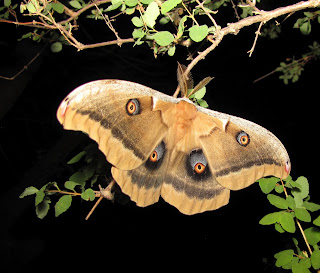 As you can see from the images here, moths can be as colorful as butterflies, and even more diverse. Simply turning on your porch light can be enough to attract some truly spectacular sphinx moths, giant silkmoths, tiger moths, inchworm moths, and owlet moths. Even urban areas can have a large number of species. Hot, humid nights with a new moon are best, but really any night will have moth activity to one degree or another. 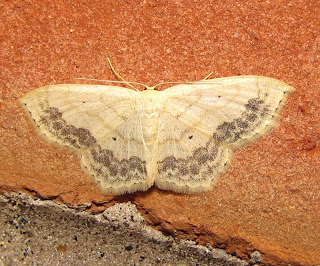 I encourage you to find a National Moth Week event in your area by going to the website for Exploring Nighttime Nature and using the event locator page. Better yet, plan your own event and register it with them. We can’t have too many eyes out there. 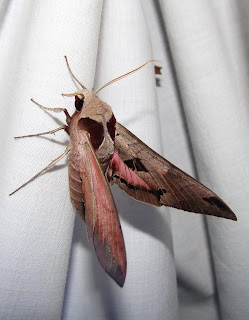 The website also includes “how-to” instructions for setting up lights, recipes for “sugaring,” and resources to help you identify the moths that you attract. Make sure you remember your camera, too, as their will certainly be some specimens that you’ll want to take a picture of. 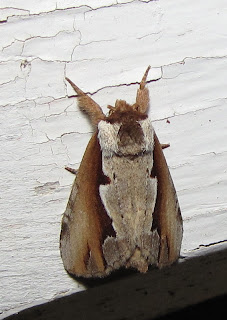 By all means, make an effort to enjoy the outdoors after dark. Look for moths. Look for fireflies. Listen to the katydids, crickets, and whip-poor-wills. Nature puts on its show 24/7 and you miss a lot if you are strictly diurnal. Besides, an evening outside beats the “reality” of summer television by a mile.