Time to Delete "Moth" From Our Vocabulary 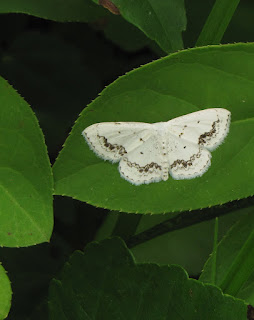 There is no difference between moths and butterflies that does not have exceptions:

It is that last item that hints at the real reason we insist on an artificial distinction between moths and butterflies. We need a villain, and the moth is it. Butterflies can do no wrong! They are colorful and carefree and their larvae eat weeds we don’t like. Moths are evil, their caterpillars consuming our crops and ravaging our forests. Moths are black, brown, or gray, and hide themselves in shame by day, only daring to emerge under the cloak of darkness that is night.

Moth Week may have started to peck away a little at the mythology of moths, but we should consider banishing the term “moth” from our lexicon altogether. Science recognizes that weevils, “ladybugs,” and “fireflies” are all types of beetles. Mosquitoes, gnats, and no-see-ums are acknowledged as types of flies. Moths are butterflies, by virtue of the fact that they are in the same order: Lepidoptera. 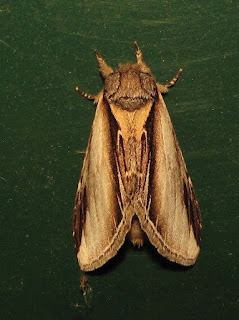 The theory of metamorphosis that made it onto National Public Radio implies that it isn’t butterflies and moths that are different, but the adult stage and the caterpillar stage. So different are they that perhaps they are separate species merged into one being. The caterpillar leads an entirely different lifestyle than the adult, and “dies” during the pupal stage, only to be “resurrected” as a new, winged creature at the conclusion of the life cycle. Yes, the majority of the scientific community scoffs at this idea, perhaps rightly so, but one can argue that the similarities between adult butterflies and moths are much smaller than the differences between the larva and adult of any one species.

Moths need positive attention for many, many reasons: 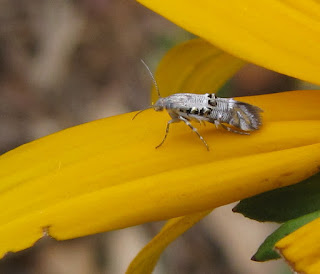 It is time to call “moths” what they really are: butterflies. Time to stop discriminating based on assumptions, myths, and preconceived notions of what moths should be. Reality is far more subtle, and nature lacks the anthrocentric lens we view Her through. Our vocabulary should reflect that reality, and not our prejudice, cynicism, and biases. Who is with me?